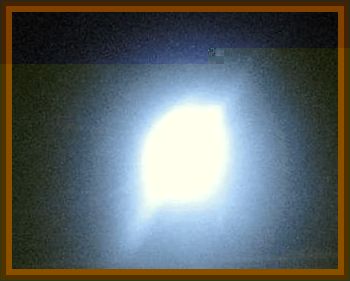 Sorry for not knowing the exact date of my report as it happened so long ago but thought that you could add it to your files to see if anything matches. Firstly I have no reason to lie and I have 8 witness’s.

On this completely clear night, with all the stars on show, my friends and I were playing in the local school fields. We were all about 15 to 16 years old.

As the night started to draw in. We were looking at the stars now and then and when the light was fading rapidly we noticed a ball of light moving incredibly fast around the sky. It was clearly not a satellite as we all know what they look like nor was it standard aircraft. It was moving too fast and in all directions but for some reason not up or down just on the same plane.

The object was basically 4 or 5 times brighter than the brightest star on view and would very roughly guess that it was anything from 5 to 7 miles up, based on the background of stars and the objects movements. We were all gob smacked at the sight of this object and it’s slow to fast and curved movements it was making.

One witness I hasten to add ran home crying not wanting to accept or appreciate this thing, but the rest of us stayed. My Father was not there at this point but on another day, which I will get to.

So on this night while watching this light dance about the sky we had a rabbiting lamp and proceed to flash at it for all it was worth. About 30 minutes passed by, then this light became static and just hung there like any normal but bright star. This is the point where we knew we were seeing intelligent life elsewhere as what happened was an incredible sight.

From this one bright light a 2nd light shot out of it to the end of our towns edge and back at magnificent speed. A 2nd light went to the other edge of our town, then a third, forth, fifth, etc, etc. In a minute or two we were seeing between 30 to 50 lights shootout from this one main light covering the entire span of our town, roughly 18,000 population. The smaller lights coming from the main static light were the same brightness as a normal star but did not flicker like stars do, proving that they were roughly 5 to 7 miles away. The speeds of the smaller lights varied in speed but all were moving the same when they turned back to merge with the bright static light.

The only way I can describe it is this way. Imagine a dartboard and the bullseye the bright light. From the Bullseye smaller lights shot out from it to the edge of the dart board and back again, sometimes 10, sometimes as many as 50 lights. After a while we all began to get neck ache through looking up for so long. After a while the 50 lights were going down to 40 then 30 and so on and I will never forget that one last light returning back to the bright light speeding up almost as if it didn’t want to get left behind. This is silly I know, but that’s how I felt about it.

Once all the lights were back to the main bright light it just faded away. We all walked home feeling different things, but I for one felt privileged. The only way I could describe what we saw is that it was scanning our town, whatever it was. But it was truly not from this earth due the speeds involved.

The following night I had 2 witnesses but will explain later what they saw.

Directly outside my house I was looking up in the sky for more activity. This time I saw a large round sphere. It was like seeing an up turned hot air balloon but much too high up for one to be there, way too high. This round balloon had numerous colored lights flashing different colors. I ran into my house to alert my Father and to grab my binoculars.

Balancing them on a fence post I got a much better view and could quite clearly see form and space between the lights which were square, hexagonal, octagonal, etc, but not round, all of which were attached to this sphere/balloon shaped craft. All the lights were changing colors, many different colors.

This event lasted roughly 10 minutes and the object I would guess was about 2 miles up above my house.

Now here is the strangest part of this sighting. Like I said before I have no reason to lie and sit here writing all this for the fun of it that happened many years ago for me but this sighting my 2 friends with me could not see the object. I kept persistently pointing at it and it was clear as ever for me and to this day I have no explanation as to why they were unable to see what I could see.

My Father a total non believer in anything like this would never discuss or talk about it even now he will not talk about it and would neither admit seeing it or not. This has totally confused me. In a way I wish I never saw these things as I have many thoughts about them. What was it,

Why was it there and why do I feel that it was singling me out in particular. It has now been 17 years since then I have never seen anything else like that.