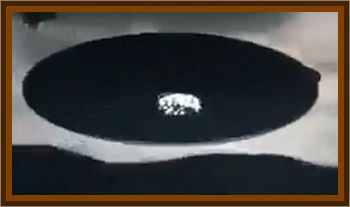 Miguel Navarrete Fernandez, 25, and a friend identified only as Guido arrived in Ceres. Both men were obviously very frightened and shortly related their weird experience with a huge flying machine. They were initially questioned by the proprietor of the local hotel, who noticed their extreme agitation.

Fernandez, an agent for the coffee company Exportacao e Importacao Planalto Ltda., with his friend Guido, had come to Ceres to pick up some merchandise. They went to a farm in the vicinity where they carried out the business, loading merchandise into the truck. They then headed back to Ceres at 6:00 p.m. The trip was uneventful until about 8:00 p.m. when they were in an area called Quebra Coco.

Guido called the attention of Fernandez to a brilliant light ahead. Fernandez thought it was the light of another truck and said so.

It was shortly obvious that the light was not that of a truck, for the light took shape, resembling the body of a helicopter, and was very large. It was not on the road as they thought, but was moving above the ground. Their truck moved under it, then the object, now behind them, made a turn, came back and hovered about 150' in the air ahead of them. About two minutes later, it began to move toward them. Guido, very upset, lost control of the truck and it ran off the road. The motor stalled and the truck’s lights went out.

Both men were terrified. Guido shouted: My God, that ball is going to hit the truck!

The dazzling violet colored light went off suddenly and only a bright red antenna could still be seen. Then a door opened from top to bottom, forming a sort of bridge, like the door of a Convair plane, Fernandez said. 6 slim and apparently normal people appeared in the doorway and looked silently at the two men. Then a 7th appeared and stood with them. All were of small stature, had long hair but otherwise appeared to be human. All of them had a phosphorescent or glowing red badge on their chests which made it difficult to discern their features.

For about three minutes, the group of creatures watched the two men in the truck, then the door was pulled up, the machine climbed until it was at about 1500' altitude and a small disk shaped object appeared through another opening and moved away in the direction from which the big object had approached. At this point, the truck’s lights came back on and the engine began to function normally. The two terrified men drove as fast as they dared toward Ceres.

Fernandez said that all the while the men were looking at him and Guido, he felt as though he was in a trance, and had a strange feeling that they were talking to him and saying that they had come on a peaceful mission, although he heard no sounds.