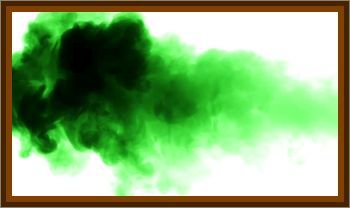 I was 12 years old and my father had taken me hunting with a friend of his and his son who was about my age. As we were returning to the city where we lived, we saw in the night sky what looked like a small green glowing cloud.

Initially it appeared close to the horizon, then appeared to move higher into the night sky. The cloud, after a few minutes appeared to move within itself and form into a ball, then from the left side of the cloud, what looked like a white star, became a larger and larger, bright white dot. The speed of it had grown, was very fast and as it became bigger than the green ball it developed in a few seconds, what looked like a hole in the center and seemed to explode and disappear. There was no sound and the only thing left after the explosion was a green haze, the green ball had at the same time dissipated into a haze, and a slight whitish haze next to each other. The sky had been clear, it was summertime and as we were still a considerable way from the main city and in the country, the night sky was not polluted by city lights and stars were clearly visible.

The four of us saw the event. Initially we were in my father's car but we then stopped got out of the vehicle and watched the phenomenon happen.