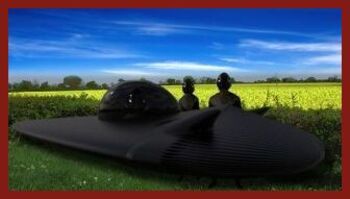 Mr. Nellie Thomas was taking an after lunch stroll among the sand dunes encountered a shiny metallic object partially concealed among the dunes.

He went nearer to investigate and saw several men standing on top of the now discernible disk shaped object, one of the men who was apparently the leader or captain told him not to get any closer that he could be injured by the strong rays emitted by the craft, since he wasn’t wearing any protective clothing which was recharging itself with the rays of the sun.

They also told the witness that they were concerned that the Earth was on a self destructive path.

The men looked very similar to humans and told Thomas that they had been visiting Earth for hundreds of years.

They told him the name of their planet but he could not remember.