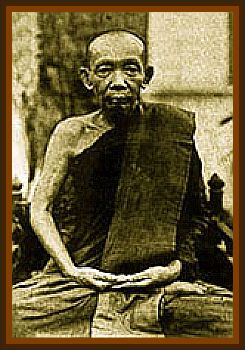 At dawn, Saint Benedict of Nursia observed a glittering light that became a fiery globe.

He had time to call a second witness:

The man of God, Benedict, being diligent in watching, rose early up before the time of matins, his monks being yet at rest, and came to the window of his chamber, where he offered up his prayers to almighty God.

Standing there, in the dead of the night, as he looked forth, he saw a light, which banished away the darkness of the night, and glittered with such brightness, that the light which did shine in the midst of darkness was far more clear than the light of the day.

Upon this sight a marvelous strange thing followed, for, as himself did afterward report, the whole world gathered as it were together under one beam of the sun was presented before his eyes, and while the venerable father stood attentively beholding the brightness of that glittering light, he saw the soul of Germanus, Bishop of Capua, in a fiery globe to be carried up by Angels into heaven.

Then desirous to have some witness of this so notable a miracle, he called with a very loud voice Servandus the Deacon twice or thrice by his name, who, troubled at such an unusual crying out of the man of God, went up in all haste, and looking forth saw not anything else, but a little remnant of the light, but wondering at so great a miracle, the man of God told him all in order what he had seen, and sending by and by to the town of Cassino, he commanded the religious man Theopropus to dispatch one that night to the city of Capua, to learn what was become of Germanus their Bishop, which being done, the messenger found that reverent Prelate had departed this life, and enquiring curiously the time, he understood that he died at that very instant, in which the man of God beheld him ascending up to heaven.

The account of the vision of Saint Benedict of Nursia is interesting enough in its description. While needing to be cautious, we cannot rule out completely the idea that it was eventually based on a more or less factual event which was, later on or by extrapolation, given a mystical signification.