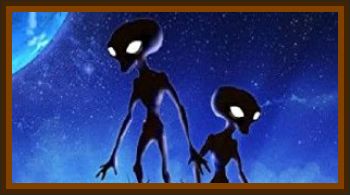 During hypnosis of an abduction I was out boating on Carlyle Lake.

I remembered the flight from the lake to the craft and getting a good view of our town from the air, and going through the floor of the UFO. The boat gradually moved over me and went through the bottom of the craft before I did.

I did not get a good look of the UFO as I was concentrating on my boat and other possessions as we were brought through the floor.

The next thing I recalled is standing inside the craft and seeing an examination table which was on a pedestal that almost reached the edge of the table. It was molded into the floor. There was some kind of structure over the table that looked like a light or some instruments. The room was rounded and I was guided to the table by a small gray. I remember getting up on the table as if I had done it before.

At that moment, I discovered that my clothes were gone. Shortly there after a larger gray came up and put his face into mine and I felt he was sucking the memory out of me.

I was okay afterward and left alone. I then tried to get to my clothes, but wound up back on the table. After I received some kind of examination, I again went to my clothes and the small grays helped me get them on.

The next thing I remember is sitting in the boat and a ramp with a rounded front that opens up. The grays pushed me and the boat out some 750' above the northern portion of Carlyle Lake. I did not stay in the boat, but floated out.

Afterwards, I just forgot the whole thing except the position change which was about ¼ of a mile, and I was going in another direction. I have been able to determine that there were 2 abductions and one failed abduction before, during the same year and have recalled parts of others with and without hypnosis.

2 of the abductions and a failed abduction were recorded on a GPS and saved.