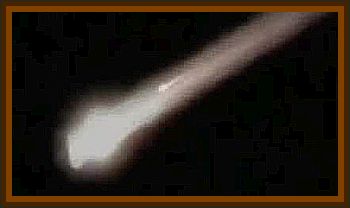 A giant fireball of unknown origin fell on a high school in the community of La Capilla, followed by an explosion that caused material losses in the institution and surrounding homes.

The phenomenon occurred at 6:10 a.m., shortly before the start of classes, according to the Office of Civil Protection.

Amidst collective alarm, town residents reported the event to the 006 emergency line.

A fireball flattened the school, it seems to have been a thunderclap, they summarized.

Elements of the civil agency formed a perimeter around the institution while experts inspected the area to determine the cause of the damage. A possible geological fault line is among the alternatives suggested.

According to the initial damage report, one classroom was demolished, roofs and walls collapsed and the glass windows of adjacent homes were destroyed, student desks and materials were buried.

As of last night, no traces of ash have been found, although locals insist that they saw a fire.

Municipal emergency personnel explained that classes were suspended due to the fact that the staff had a training session. The agency avoided giving further details about the event. The investigation is ongoing, argued municipal officials.

Residents of the provinces of Ciudad Real, Madrid, Malaga and Toledo were able to witness at 8:00 p.m. the entry into the Peninsula of an impressive and spectacular bolide that spawned meteorites.

The 112 Emergency switchboard collapsed from the number of phone calls received from witnesses shortly after.

All witnesses describe the appearance of an exceptionally bright fireball that was even picked up by pilots of the Torrejon de Ardoz air base in flight, altitude of 40,000', said Josep Maria Trigo, an astrophysicist with the Instituto de Ciencias del Espacio de Barcelona, to Europa Press.

This scientist with the Red de Investigación de Bólidos y Meteoritos, along with Jose L. Ortiz of the Instituto de Astrofisica de Andalucia, CSIC, is currently attempting to compile the most information possible from eyewitnesses to the phenomenon.

This case is extremely important given that several communities in Ciudad real were able to hear the sonic boom produced by the meteoroids penetration under the 15 mile barrier, which is indicative, according to this expert, of the likelihood of the arrival of meteorites to the surface.

For this reason, experts are asking official bodies to investigate the possible video recording of the event.