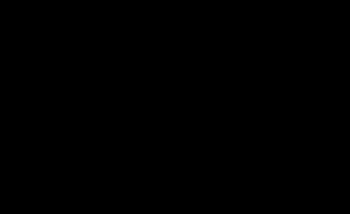 Aware of it or not, Canada, Manitoba in particular is a growing UFO sightings Hotspot.

The paper speculates that part of this increase is the availability in internet access and people’s ability to contact UFO groups and file reports. Interestingly enough, even as UFO sightings are on the rise, CBCNews is also reporting that the Canadian government has decided to give up tracking and investigating UFO sightings.

Tracking unidentified flying objects now seems to hold little interest for the Canadian government, according to documents obtained under the Access to Information Act. Various federal agencies, including Transport Canada, the RCMP and the Department of National Defense, used to track and investigate UFO sightings to some degree, but documents obtained by CBC News suggest those days are over.

Any recent information on UFO sightings received by the various agencies is passed on to Chris Rutkowski, a civilian science writer who has produced the Canadian UFO survey since 1989.

Unlike other times when UFO sightings have spiked, there does not seem to be any consistent look to the UFOs that Canadians are seeing. Some examples of what is being reported are:

February 19, 2012: 1:56 a.m. Ottawa, Ontario — A witness observed an object shaped like a huge dradle, with red lights. A loud roaring sound was seen while it was in view. It moved smoothly out sight.

February 25, 2012: 7:00 p.m. Winnipeg, Manitoba — Two witnesses observed a flat, disk shaped object with red lights around its perimeter. As it flew in horizontal flight, it turned on its side and then darted towards the witnesses vehicle, then vanished before their eyes when it was within five metres of them.

April 7, 2012: 7:00 p.m. Saint-Redempteur, Quebec — An object composed of three rings in a triangle approached the witnesses while they were driving. It flew overhead and then disappeared. As they drove further, the witnesses felt something touching or poking them, but could not see anything.