Saw UFO When In Vietnam, No Doubt About It 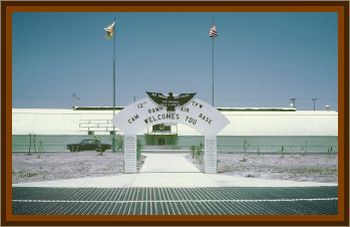 Low ceiling that night, maybe 200' to 300'. I was driving coffee to K-9 post. Saw orangish object slowly decend and move forward at same time. Very bright. Directly in center of base. Just hovered after a bit and then disappeared.

I got on the radio to other K-9 handlers and most said they saw it. Checked with tower and they saw nothng, ya right.

This object did have a glow but you could tell there was something solid there as well.

I was raised in the Air force, I knew planes and helicopters. This was not any such thing. No noise either.

Since then I have not forgotten it and never will. 32 years as a police offier, now retired and quite sane and intelligent.

Have been watching the UFO things on National Geographic, and always wanted to tell someone about what I saw and wish I had back then but know it would have done no good. I know it's old information, but as God as my witness, it happened. I know what I saw