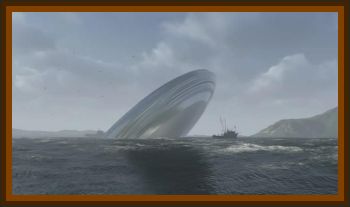 A man calls to report having witnessed a large, silver disk flying into, or perhaps crashing into, Penobscot Bay near Camden, Maine.

The witness reported that he was a pre teen at the time. He and his mother were looking at the ocean, when they both witnessed a large, silver, disk shaped object appear in the eastern sky, and fly very fast from East to West at a shallow angle of descent.

It then struck the water in Penobscot Bay, disappearing from their sight.

The witness reports that his mother told him to never talk about the event. He finally decided to report the alleged sighting in 2006.