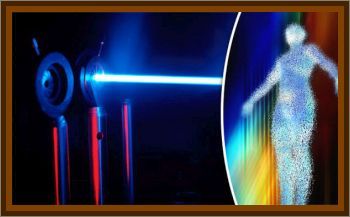 25-year old Martin Antiman, now a local Indian Cacique or chieftain, was in his room alone when he suddenly heard a very high pitched sound. At the same time a type of magnetic force somehow introduced him into a type cabin or elevator which had appeared in the room.

Immediately after the cabin or elevator departed at fantastic speed and everything became very silent around him. The door suddenly opened and he stepped out finding himself in a sort of mountainous valley very desolate in appearance.

He walked about 300' and saw several men carrying large bags on their shoulders. He yelled and whistled at the men in order to communicate with them, but they seemed to ignore him.

He then heard a voice in his mind that told him that the men did not answered him because they had no brains and could not hear the voice of the creator.

The voice then told him that he must tell all he could about this vision.

Soon he was introduced inside the cabin or elevator like object. Moments later the door opened and he found himself back in his room. He never spoke to anyone about this incident for at least 20 years.