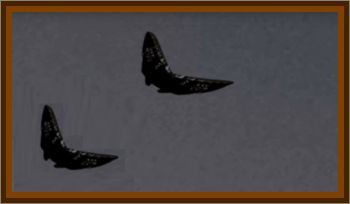 Guests and staff at San Juan’s Caribe Hilton hotel reportedly saw a pair of saucer shaped objects flying at a considerable height over the ocean.

Staff members, Dominic Tutela and Ramón Rodriguez, said that they had looked out over one the ballroom terraces facing the sea at 7:45 p.m. and saw the two disks, flying in a north northeast direction high above the water.

The Hilton experience is not without humor, as one of the guests who shared the sighting with the hotel workers believed the objects to be giant butterflies with extremely bright bodies, and had to be reassured that there were no giant butterflies to be found on the island.