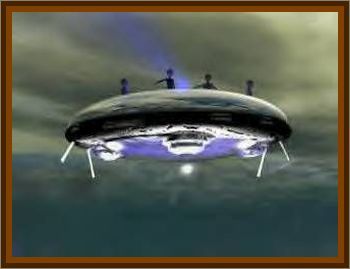 Location: Buchanan or Burns, OR

We were traveling east of Burns, clmbing up through a cut in the rim rocks, when this object very slowly flew over the top of us, some 50' above the rim rock. the object stopped, and through the most left window there was two beings, looked most like our type of people. I could see them pointing with arms and hands.

I stepped out of the car, but my mother demanded that I get back into the car, I stood on the running board the rest of the short time. The craft was two tones of brown. It hovered for about 40 seconds. The craft had windows in the middle section, there was a soft hum, you couldn't detect any movement, or vibration of any kind.

As it left, it moved very slowly. one of the persons walk to the next window, about that is when they started to move. The craft must have been somewhere at 100 yards in length, because you could not quite see total length. Then in a blink it was gone.

My mother said at that time, don`t say anything about this, because people will think we are crazy.