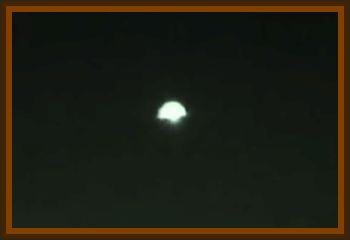 On a Sunday afternoon in rural Burlington area of Knoxville, TN., my little sister and I were in the front yard playing with acorns. It had rained that day and finally stopped.

We heard a loud noise and saw a thing in the shape of today's stealth jet. It was silver, with black windows. It was the size of a medium size car and was able to maneuver in a small area as we were in an area with lots of trees and another small house nearby.

It came low, close to my little sister and hovered. I was on the steps of the front porch and she was in the yard collecting acorns. I thought it might take her.

Neither of us moved. We felt no wind or any thing. I don't remember it being too loud at that time. It stopped for a time then whooshed away in same direction it came from.

We ran in and told every body about it. They paid no attention. We went across the street and talked to a neighbor lady. She said she heard a noise but may have just said that to make us feel better. If the two of us had not seen and remembered it, I would think I dreamed it.

We remember it pretty much the same. My sister was frightened to be alone for a long time. It was before TV and I only knew it kind of resembled my cousins toy jet. I had never really seen a jet or even an airplane at the time.

I'm not positive about date as it was years ago, but my sister was not yet in school, and we think it was 1949 or early 1950s. We wondered if any one else ever saw such a thing. It stays in our memory fresh like the memory of Kennedy's assasination.