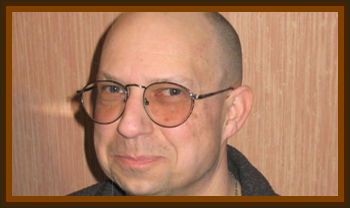 Area 51, the center of the universe for off the wall theories about alien life on Earth, really does exist.

For the first time, in documents obtained via a Freedom Of Information request made 8 years ago, spy bosses at the CIA have confirmed it is referred to by that name.

For decades the region at the heart of the mysteries has been officially called Groom Lake or, less catchily, the Nevada Test And Training Range. It was chosen for its isolation and because its dried up lake was ideal for landing aircraft.

But UFO investigators say there is much more to Area 51. Here, we take a look at the various theories…

Area 51 has long been rumored to be America’s main base for testing captured and crashed UFOs.

At the heart of this theory is the Roswell Incident.

This was in 1947 when an occupied flying saucer was allegedly recovered from a crash site near the New Mexico town. The UFO and its inhabitants were said to have been taken to Area 51.

The 1996 documentary Dreamland featured a 71 year old mechanical engineer who claimed he worked on a flying disk simulator used to train U.S. pilots.

It was based on a crashed extraterrestrial flying saucer, according to the film.

But others who have worked there say testing of captured aircraft was restricted to Soviet built MiG fighters.

Rumors increased when the base was used to test Oxcart, the code name for the CIA ordered Lockheed A-12 reconnaissance plane.

The shape of Oxcart was unprecedented, with its wide disk like fuselage designed to carry vast quantities of fuel.

Commercial pilots cruising over Nevada at dusk would look up and see the bottom of Oxcart whizz by at 2,000+ mph.

The aircraft’s titanium body, moving as fast as a bullet, would reflect the Sun’s rays in a way that could make anyone think: UFO.

Dan Crain is a former Las Vegas probation officer who claims to have worked on cloning alien viruses for biological warfare at Area 51 in a former career as a microbiologist.

He said he worked with an extraterrestrial given the nickname J Rod, who was described in Dreamland as a telepathic translator.

Crain, 49, who also uses the surname Burisch, says J Rod was almost 4' tall if stretched out but because of illnesses was hunched down to a little over 3'. He also says of J Rod:

It was almost like he was a ghost with a body.

When he would communicate, they thump you, almost, it’s almost acoustically, until they finally come into contact with the brain level waves where they can begin communicating.

And it comes in waves. It’s almost like flukes on a dolphin.

It comes in waves and then you feel yourself pulled in, a very unwieldy feeling.

But then they bring you down to a relaxed state where you’re very, almost like drowsy and they tell you, you know, they’re not going to hurt you.

He did that. He actually said he would not harm me.

Crain says he was involved in talks between Majestic 12, a shadowy committee of scientists, military leaders, politicians and civil servants, and ambassadors from other galaxies.

Dissections of dead aliens and interrogations of living ones are also said to have been carried out at Area 51.

There is, however, no evidence to support this claim.

Area 51 is said to be the center hub for an underground rail system that crosses the whole continent of North America.

A runway known as the Cheshire Airstrip, named in honor of Lewis Carroll’s disappearing Cheshire cat from Alice’s Adventures In Wonderland, is believed to be visible only when water is sprayed on its cunningly camouflaged tarmac.

There certainly are extensive underground facilities at Area 51, many ex employees have testified to this, but they say claims of a huge underground railway are lies.

They also point out that satellite photos show easily identifiable airstrips at Groom Lake, removing any need for a secret one.

There are frequent disputes between farmers, ranchers and householders over access to water for irrigation, animals and domestic uses such as filling swimming pools and watering lawns.

Meteorologists at Area 51 are thought to have experimented with cloud seeding, where chemicals are dropped into clouds from planes to try to make them produce rain.

A separate section is said to have tried producing hurricanes and storms that could be directed at enemy countries.