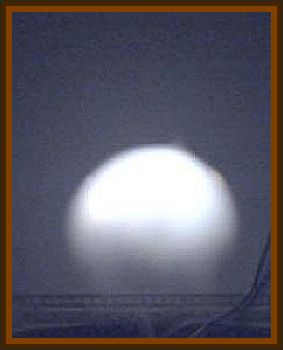 I am posting it here because I don’t believe it has been reported before.

The text reads as follows:

On the night of 12th June, 1918 we climbed up the Wadi Dhahal for the last time. At about three o’clock in the morning I was aroused from a walking doze by seeing a large incandescent globe which passed quite slowly across the sky. It moved without noise, coming from behind one range of hills and going behind another, but it illuminated the valley in which we stood for about half a minute.

In reply to my:

Good God, what was that?

One of the camel minders answered:

That was an aeroplane of course. What did you think it was?

He was wrong, it was not an aeroplane.

Most British people to whom I afterwards described the experience either produced silly explanations or assured me that no such thing existed.

Many years later, in Jordan, Glubb told me that he had seen the same phenomenon in the desert on the Iraq-Kuwait frontier. He had also been told that there was no such thing. I live in France.

Thank You for your rapid response to my post, I wasn't expecting it to attract your personal attention, but I'm very pleased it did. I'm delighted that Kirkbride's sighting will be given the recognition it certainly deserves.

It seems to me to be an interesting demonstration that UFOs or UAPs are not a product of the vivid imagination of post WWII citizens fed on a diet of science fiction and alternative cultures, but a genuine phenomenon, observed throughout history.

When Alec Kirkbride saw his luminous sphere he had obviously never heard of UFOs or aliens, and neither had General Glubb.

At the time of the sighting, Alec Kirkbride (1897-1978), was a 20 year old junior officer in the British Army in the Middle East theater, where he worked alongside charismatic figures like T.E. Lawrence and the Emir Feisal.

His book of reminiscences of that period is long out of print, but having a special interest in the period, and in T.E. Lawrence in particular, I acquired a copy recently and was delighted when I came across the unexpected passage describing what was clearly a UFO. I was amused to learn that reactions to his tale were much the same then as they tend to be to similar experience today.

Kirkbride went on to become a career diplomat, and spent most of his working life in the Middle East, including a long period as British Resident, something between an Ambassador and a Political officer, to the Kingdom of Jordan.