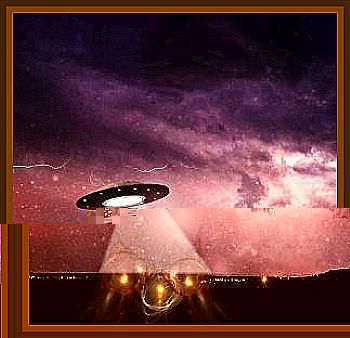 A Florida man said he’s captured an image of a UFO not too far from the Alabama coast.

George Sheldon III said he saw around 11:30 p.m. CDT a bright flashing light like a beacon in the sky 1n 1987 near Midway in Santa Rosa County, Florida.

The glowing object, in the southern sky, was in front of the clouds and caused them to illuminate.

This isn’t the first time UFOs have supposedly made an appearance in the Panhandle. In 1987, Gulf Breeze contractor Ed Walters said he captured images of flying circular aircrafts above his home. The photos set off a year of skywatching from UFO enthusiasts, though most experts now think the images were a hoax.

The witness told us the object was in front of the clouds and caused them to illuminate.

Sheldon said he quickly grabbed his camera to capture the sighting and repeated: He’s never seen a light like this before.

Sheldon was asked what he thought the object was and he replied it’s the first time he’s ever seen anything odd or out of the ordinary due to him being an avid sky watcher but doubts it’s a military craft.