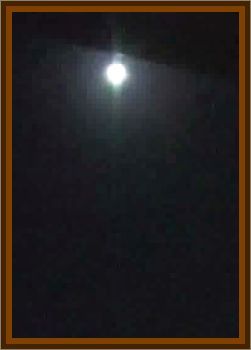 A UFO was sighted by several farm workers on a farm called Braeside, which belonged to a Mr. Bennie Smit, in a town called Fort Beaufort in the Eastern Province in South Africa.

Mr. Smit contacted the local police, who arrived on the scene at about 10:30 a.m.

The UFO was sighted whilst hovering at tree top level in a dense forest. According to witnesses the UFO kept on changing colors.

I was a sergeant sent to investigate. With eight years of service.

At that stage I did not know Mr. Smit well. I persuaded the Station Commander, Warrant Officer Philip Van Rensburg to accompany me to the scene.

On the farm we met Mr. Smit and some of his workers, including a worker by the name of Boer de Klerk.

Boer told us that during the morning when he was in the veld, an open field, at the reservoir when he witnessed a round ball of fire which changed in colors, hovering about 65' above the ground and which was slowly moving in the direction of the hill, which separates the farm from the Fort Fordyce bush.

We did the initial investigation and were skeptical. At that stage we were 7 people, 4 laborers, 2 policemen & Mr. Smit.

Whilst we were standing looking at the hill which was 500' from us, I saw an object which emerged from the thick bush and vegetation at the foot of the hill and hovered just above the vegetation. It moved slowly to our right and again disappeared behind the thick bush. It did this movement a couple of times and I had the feeling that we were being watched.

Mr. Smit had a .303 rifle with him and shot at it. I decided to take a shots at it with my service pistol.

It had a shiny dark metal grey color. I fired three shots at it, hitting with each shot. Mr. Smit also fired at the object. During firing at it, I saw a sharp bright light, flickering on the right of the craft, just above it. During the shots it also disappeared and emerged again from behind the trees.

All together 15 shots were fired at the object. To my knowledge this is the only incident where members of a police force fired shots at a UFO.

It was broad daylight after 10:00 a.m. and the weather was clear. Mr. Smit and some of the workers went into the bush with a handkerchief tied to a stick enabling us to direct him. We noticed that the object moved away as if it were reacting to our voices giving direction to the searchers.

I heard further shots coming from close to where we last saw the object disappear, and Mr. Smit enquiring if we could see it. We kept observation but did not see its departure.

According to Smit, who claimed that they came close to it. The object was oval shaped and it was difficult to estimate the size of it, it might have been just over 3' in diameter.

Whilst being shot at, the UFO stopped changing colors and remained a darkish gun metal color. It kept on disappearing behind the treetops and reappeared.

The color changed to greyish white before it dissappeared.

The object turned upright and became a greyish white in color before it veered off making a whirring sound. It just disappeared. The following day we combed the area with other officers and found nine evenly spread circular imprints about 4" in diameter in the soil directly from where we saw it disappearing behind the bushes.

The imprints were in hard clay soil easily 1" deep. As if the legs were spiraled in the ground. Samples were taken and sent to the Council for Scientific & Industrial research Laboratories. Apparently it never reached them.

This event was reported in several newspapers and books. Investigaters from the space agency in USA visited the town several months later and interviewed all those who witnessed the incident.

The farm owner is still residing in Fort Beaufort where he owns a hotel. Both of us police officers are now retired. We are getting on in our years and if anyone wants to follow up on this incident they should do so now while still alive.