UFO Was Not Of This World 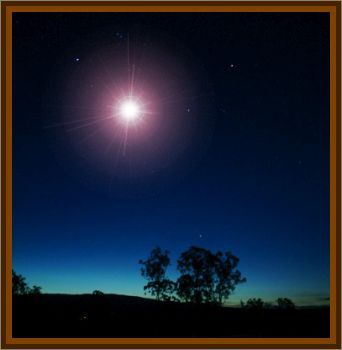 I was active duty, USAF, at the time, I was driving home car pooling, with a fellow worker.

We were in his VW Wagon driving home from work at RAF Bentwaters, we lived at RAF Weathersfield base housing, anyway we saw this very bright light near what we thought was RAF Mildenhall, Military Air Command Transport Base, in the U.K. We could see the lights from the base near a hill we had to drive over before entering close to our neareat village, Weathersfield.

We both noticed how bright it was, we had never seen anything like this. Next think we knew the light was right over Mikes vehicle, we stopped and tried to look up at it but it was far to bright to get any kind of identification. There was no sound coming from it at all. We watched it for a few moments when we all of a sudden heard jet engine noises, we were both aircraft maintenance, so we knew the sounds but it wasn’t coming from the light, it came from two British fighters shooting out photo flash cartridges to light up the sky for taking photo’s.

These were Recon jets, but this light that shot across the sky was like something out of Star Wars, with the same type of light as the light saber would make.

In a flash it was headed towards London, you could see the lights of London from this hill. The aircraft tried to chase it, they kicked into burner, full throttle/afterburner, but couldn’t even catch up. While we watched this chase, the aircraft seemed almost half way to the London, when the light streaked back over us, it was like in the wink of an eye.

It hit us with the light and then shot straight up and vanished. The fighters flew back towards our area and kept going. I raced back and woke my wife out of her sleep, also the security policeman at the gate, gate guard, saw the light and asked if we saw what was going on.

I turned on the radio and the radio said that London was buzing with reports of UFO Sightings.

I called the OSI, Office of Special Investications, next day and filled out a report and that was the end of it. They didn’t want to talk about it to anyone. Everyone seemed to think we worked too hard, but we saw what we saw, I beleive it was a UFO, for years I only told some family members but most still think I’m a nut. After 26 years in the USAF, aviation maintenance, I’m here to tell you we, USA or Allies, have nothing like this thing I saw.

I just had to report this to some agency that seems to care or at least act like they care. This was no joke. I wish I knew what what it was or that I could see something like that again.

I now beleive that this was not of this world. I’m a college graduate and private pilot that was decorated by President Reagan in the Oval Office of the White House, September 1987, for being selected as the Senior Non Commissioned Officer of the Year for the US Air Force. Worldwide, just to let you know that this isn’t some guy making jokes. I now work as a government contractor on the F-16 aircraft, if you ever would like to discuss this further please let me know. I’m retired from the USAF, and would love to talk about it.