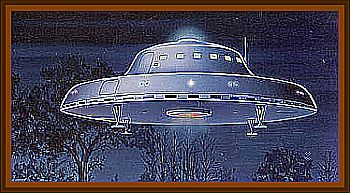 Captain Ekerman Sames, Acting Chief of the Aircraft Branch, Eglin AFB, and his wife were driving slowly and observed a cigar shaped object, described as resembling a cucumber, at first. The object, observed from the ground through binoculars, was described as long as 2 Pullman cars, with 7 Lit square windows and throwing sparks, approximately 8 to 10 miles away.

In the first sighting at 10:20 p.m. the object approached from the south going north, going from 8,000' into a gradual descent until screened by trees.

Bouncing appeared to start after the final 270-degree course change, turn to the west.