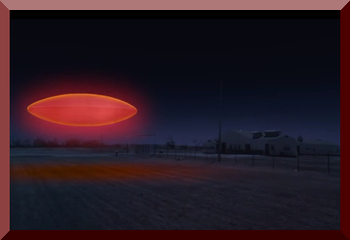 In the area of EXPOCUBA, a fairground located in the capital city municipality of Boyeros, several persons claimed having witnessed the presence of a UFO, according to an article appearing in the local press.

According to the Juventud Rebelde newspaper, residents of the site witnessed the descent of an alleged UFO, unidentified flying object, without this claim having been scientifically substantiated.

Witnesses claim that around 10:00 a.m., a small oval shaped vessel, silver colored and with a metallic tail, landed in open field encircled by trees on the El Pedregal farm, located in the area of EXPOCUBA southeast of the city of Havana.

I was tidying the shelves when a bright light came through the window. It was like a glowing ball with a tail in its lower section. I showed it to my mother quickly and ran outside to see where it would fall, said Raul Beltran, 17, who claims having been at the site until the UFO took off once more. It lifted off rather perpendicularly and then left through the palm trees. It didn’t make any noise nor issue any smoke. The only thing I’m sure of is its size, more or less the size of a pickup truck tire, or thereabouts.

When my son showed it to me, I thought it was a kite or a parachutist, since skydivers drop over EXPOCUBA every so often! After, as it came down, I realized that it could be nothing of the sort, since it was smaller and glowed a lot. It looked like a mirror, said Odalis, Raul Beltran’s mother.

Remigio Sanchez, who works as a warehouseman at a school not far from where the incident occurred, claims having seen a light in the sky almost at the same time as the other spectators.

It was a powerful glow in the sky, but it was far away so I thought it was a flare. When I got to Odalis’s house, Raul’s mom, she told me that a device had landed nearby.

According to witnesses, and as Juventud Rebelde attested when it visited the site, the grass and small plants at the site where the UFO landed are somewhat burned, although it is true that the current drought at the site is causing similar things to happen at other nearby locations.

It has not been possible to scientifically confirm the presence of any UFO anywhere in the world. It is true that many people claim having seen one object or another, but strangely enough, in none of these cases is any material evidence left behind that could prove the existence of strange bodies on our planet.

According to Oscar Alvarez Pomares, a specialist in the Science Office of the Ministry of Science, Technology and the Environment:

People want to believe that other beings exist in the universe, although I am not saying that what the protagonists of this episode saw was untrue.

According to this scientist, there is an Institute for the Search of Extraterrestrial life in the United States, although none of its specialists have been able to ascertain the presence of UFOs on Earth, despite having studied several cases in which strange vehicles have landed, according to public testimony.