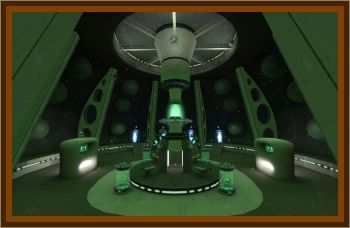 Dr. Botta was a well educated and respected man of 40 years old when his journey into the unknown occurred. He was an aeronautical engineer, and an ex-pilot. In 1950, he was supervising a construction project. The Caracas native was employed by a company in his hometown, but often was sent away to handle large jobs for his company.

His encounter began as he was traveling from one town to another, in the desolate area of Bahia Blanca. Approximately 75 miles from his hotel, he was taken aback by the sight of a metallic, disk shaped object resting on the side of the road. Shocked by what he was seeing, he brought his car to a stop. He saw nothing move in or around the craft, and his curiosity got the best of him. He decided to approach it.

Seeing an opening in the side of the object, he bravely entered the UFO. His eyes met a curved seating platform. The room was full of control panels, screens, and instruments. He also saw a red blinking light on the top of the dome shaped room. Three of the four seats in the platform were occupied by small beings about 4' tall. They each wore a tight fitting gray overall. The aliens made not a move or a sound. Quietly moving up behind them, he reached to touch one of them. He could feel a lifeless texture to their skin. They also had been victims of a fire. All three of the humanoid creatures were dead as far as he could tell. Frightened, he ran from the object, jumped into his vehicle, and sped away. Back at his hotel, he retold his bizarre experience to 2 of his colleagues.

With the lateness of the hour, the men decided to go back to the object at first light. Upon arriving at the exact location of Botta's experience the day before, they found that the craft was gone. Looking over the area, they did find a pile of ashes. One of the men grabbed a handful of the ash, and at once, his hand turned a purple color. After a few days, the color wore off.

Since the 3 saw nothing else at the location of the craft, they began to look around the area more extensively, hoping to find some evidence of its existence. As they did, one of the men saw not one, but three UFOs above them. One was the largest, and cigar shaped. The two smaller objects were disk shaped. Dr. Botta took five photos, but only two of them showed a faint trace of the objects.

The men watched as the two smaller objects united with the larger object. The objects were now one, and turned a blood red. The object soon disappeared into the sky. Shortly after the incident, Dr. Botta became ill. He had a high fever, blistered & irritated skin. He went for medical help, but doctors were unable to diagnose his condition. After a couple of weeks, the symptoms disappeared.