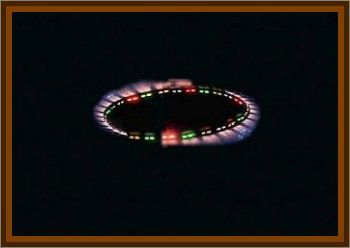 The area around Panorama, Brazil, was seemingly terrorized in October 1981 by strange, flying craft, called chupas by the locals. Descriptions of these airborn objects varied. Some people described them as rectangular and almost resembling a standard home fridge unit that shot out beam like searchlights over the land they flew over.

The craft that Abel Boro & his friend, Rivamar Ferreira, witnessed, however, was circular and spinning within itself and featured lights bright enough to make night seem like middday. The spinning object began to descend on Boro, a bright, glittering glow appearing to envelope his body.

When he returned with members of his friend’s family, Boro was dead, his body completely white and drained of blood.