Did an Alien Spacecraft Land in Southern Colorado? 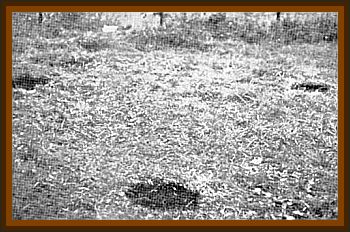 On a summer night in 1992, Ellen Booth saw a bright light as she looked out the window of her home west of La Veta. So bright, she had to turn her head.

She was curious about this light that invaded the extreme darkness of her property, but she was alone and weary. She chose to remain inside and leave the mystery outside. She retired to bed at 9:30 p.m. with her miniature schnauzer Cassie.

Before dozing off, she asked God to protect her.

Lord, she prayed, I don’t know what that is out there, but just protect us.

Ellen, 70, tells her bright light story at her kitchen table on the southwest side of Colorado Springs. She sits beside her husband, Larry, 74. The couple remain unsure what happened on that summer night in Huerfano County, but lean toward believing a spaceship driven by aliens invaded their vacation property.

They are not shy about sharing their story. They have, over the years, told of the bright light on a dark night to friends and family.

Most people just kind of snicker and laugh, Ellen answers.

She understands. Larry and Ellen decline to get defensive about the bright light. They once were skeptics of UFO tales, too.

Because we’re Christians, we have the attitude that how can we as Christians or even humans on this planet be so arrogant to believe we are the only ones in the galaxy, Ellen says. Are you kidding me? There’s only one Earth? We’re the only ones around?

I don’t think so.

He was hiking the property and says he saw a 20' circle of burned, black grass in a meadow. When he returned to the house, he told Ellen of the strange circle, she told him of the bright light.

The Booths walked to the circle and agreed that omething and someone had landed there.

Over the next few days, the Booths talked with neighbors. A nearby woman, they were told, saw the bright light, too. A lone camper had been found wandering the area. He was disoriented and struggled to remember the night of the bright light. His campsite and truck had been torched.

Another neighbor, now deceased, discovered three mutilated cows that had been bled out. The neighbor blamed the United States government.

Oh, you know how the government is, Ellen, the neighbor announced. They always want to steal your stuff.

The neighbor discovered three perfect circle of burned, black grass on his property.

The Booths tell their story calmly, even matter-of-factly. They attend church services regularly. They dote on Julie, a miniature schnauzer with big bark and personality. As they sit in their spotless home, they are the picture of normal.

The Booths say they took photos of the black circle, but the photos were destroyed when their vacation home burned down in 2018. No photos, but their memory remains clear. For years nothing grew in the circle.

Something landed, Larry says, his voice calm yet firm. Since nothing grew around there, it had to be some kind of strange radiation.