Arcturian Aliens From The Bootes Constellation 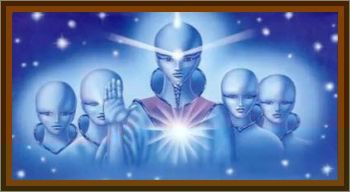 A mysterious race of light emitting beings was the folklore tales of the Lyrans,Reptilians, Sirians, and many other alien races who only imagined the likelihood of such powerful beings. They were said to exist in the 4th and 5th dimensions and were able to choose when to manifest into the 3rd dimension and become the physical manifestation of the great alien race known as the Arcturians. The story told of great elders who governed these great spiritual beings called the Arcturians who did not allow for the interaction of Arctuians and the lower planes of existence.

Although these great beings were greatly talked about, many did not believe in such a race, and furthermore, those who did believe in Arcturians only had old tales of ancient times when Arcturians traveled the known universe.

In a cataclysmic universal event, the shift in the forces of power in our Milky Way Galaxy would lead to one of ancient times most memorable moments that would forever change the balance of power in our galaxy and form our worlds as we know them today. This event would forever be recorded by the Lyrans as the Arcturian Revelation.

After the destruction of Avalon, the first human world, the Lyrans set out into the far reaches of the cosmos to find new planets to inhabit and escape the oppressive regime of the Reptilian and Grey Aliens. Unbeknown to the Reptilians, Greys and Lyrans, the first Galactic War would transcend far beyond the physical realms, and seep into the deeper dimensions of the Universe and set off an imbalance between the age old forces of good and evil. Existing in the deeper realms, dimensions, of the Universe, the Arcturians began their battle against the invading forces of evil that the Reptilians had unleashed. Knowing the delicate balance and close connection that the 3rd, 4th, and 5th dimensions hold, the Arcturians and the would make one of times most precious choices and reveal themselves for the first time in Milena to the beings of the 3rd dimension, and join the physical realm and its struggles of power, knowledge, and existence.

The Arcturian Alien Revelation would happen in the remote reaches of the Milky Way Galaxy near Sirius. Here, a Lyran battle cruiser was traveling to the Syrian home world with Avalonian refugees as an escape from the brutal wars started by the Reptilians. The site was said to be grandeur, a spectacle far beyond the description of any human language or Lyran tongue. It began as a storm cloud of light, followed by sounds of angelic proportions. From the hysteria and chaos an Arcturian ship emerged, a ship long endeared and respected by all whom have witnessed its powered and majestic presence, Athena and the Arcturian race emerged and revealed themselves to the Lyrans who were in awe of the spectacle unfolding before their very eyes.

In a thunderous voice, a message was given:

Behold, the Arcturian Starship Athena has come with a message of peace, joy, love and harmony to all those who have suffered the inequities of the Reptilians and Greys. We are the Arcturians and we have come to settle a score long overdue.

From that day forth, the Arcturians would enter the Galactic scene and place order to a Galaxy torn and ravaged by the power hungry Reptilians who now had to answer for the universal crimes committed. The history of the Pleiadians, Sirians and other alien races would forever be altered and the path to ascension was now the reality of all races so they too could join the ranks of their fellow cosmic neighbors and reach the celestial heights that would answer their struggling races problems and allow them to seek the perfection and abundance that the Universal Infinite Intelligence was ready to give.