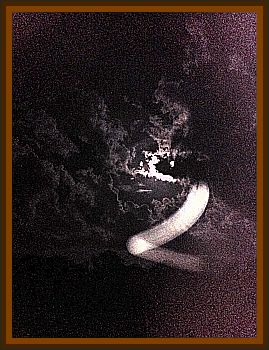 One woman even claims to have witnessed a mother ship the size of a football field when she was a teenager.

In 2017, that same woman and other corroborating witnesses say they saw strobing red, green, and orange lights dancing over the treetops. Shortly after, the woman says she clearly observed a silver flying saucer with three windows.

She installed a motion activated trail cam on her property that captured the black & white image of the UFOs.