UFO, Or Bolide, Who's Telling The Truth? 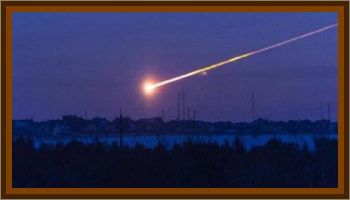 In the evening of August 21, 2006, a strange light phenomenon was reported seen by many people in the sky all over northern Norway, from Finnsnes in Troms, to Bodø in Nordland.

The bright, green, shining orb was traveling with great speed in night sky and was described by witnesses as much bigger than an aircraft.

The police and coast guards were contacted by hundreds of people who saw the object. Some people believed, and the newspapers half seriously claimed, that it was a UFO, and for a while it remained an unidentified flying object. A few days later, the phenomenon was explained to have been a bolide.