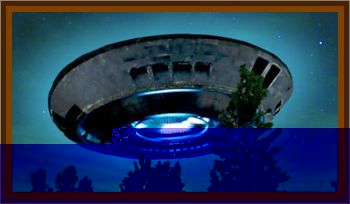 Although the sighting of Edith Boatright was intriguing, and ultimately important from a corroborative standpoint, it came off the back of the Piedmont High School basketball team sighting, seen at the time to be the main case by UFO investigators.

On the cold winter evening of February 21, 1973, following a heartbreaking loss in a high school playoff game, the team coach, two staff members, and three players witnessed an intensely bright craft as they made their way home to Piedmont, MO, along Highway 60.

They would ultimately watch the craft for several minutes from the roadside as it hovered over a field.

At the same time as their sighting, Edith Boatright was lying in bed when she noticed a strange, bright, flashing light from outside her bedroom window. Her farmhouse was around 12 miles from the Piedmont High School bus and the members of the basketball team.

She peered out of the window, and to her amazement, she could see a huge craft hovering over a field. Flashing lights of red, green, and white lit up its surroundings, including the window of Edith’s bedroom.

Most intriguing of all, however, was her determined claim that she could see people moving about inside the craft. She watched it, and the beings, for several minutes before the ship vanished at great speed.

It is almost certain that the craft Edith witnessed was the same one the Piedmont High School basketball team members and coaches saw.