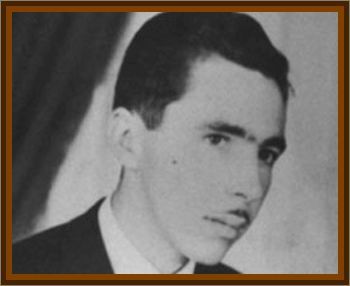 Antonio Villas Boas was a 23 year old Brazilian farmer at the time of his abduction, who was working at night to avoid the hot temperatures of the day. He was plowing fields near São Francisco de Sales when he saw what he described as a red star in the night sky. According to Antonio, this star approached him, growing in size until it became recognizable as a roughly circular or egg shaped craft, with a red light at its front and a rotating dome on top. The craft began descending to land in the field, extending three legs as it did so. At that point, Boas decided to leave.

According to Boas, he first attempted to leave the scene on his tractor, but when its lights and engine died after traveling only a short distance, he decided to continue on foot. However, he was seized by a 5' tall humanoid, who was wearing grey coveralls and a helmet. Its eyes were small and blue, and instead of speech it made noises like barks or yelps. Three similar beings then joined the first in subduing Boas, and they dragged him inside their craft.

Once inside the craft, Boas said that he was stripped of his clothes and covered from head to toe with a strange gel. He was then led into a large semicircular room, through a doorway that had strange red symbols written on it. (And claimed that he was able to memorize these symbols and later reproduced them for investigators.) In this room the beings took samples of Boas' blood from his chin. After this he was then taken to a third room and left alone for around half an hour. During this time, some kind of gas was pumped into the room, which made Boas become violently ill.

Shortly after, Boas claimed that he was joined in the room by another humanoid. This one, however, was female, very attractive, and naked. She was the same height as the other beings he had encountered, with a small, pointed chin and large, blue catlike eyes. The hair on her head was long and platinum blonde. But her underarm and pubic hair were bright red. Boas said he was strongly attracted to the woman, and the two had sexual intercourse. During this act, Boas noted that the female did not kiss him but instead nipped him on the chin and, like the others he had encountered, made barking noises instead of speech.

When it was over, the female smiled at Boas, rubbing her belly and gestured upwards. Boas took this to mean that she was going to raise their child in space. The female seemed relieved that their task was over, and Boas himself said that he felt angered by the situation, because he felt as though he had been little more than a good stallion for the humanoids.

He said that he was then given back his clothing and taken on a tour of the ship by the humanoids. During this tour he said that he attempted to take a clock like device as proof of his encounter, but was caught by the humanoids and prevented from doing so. He was then escorted off the ship and watched as it took off, glowing brightly. When Boas returned home, he discovered that four hours had passed.

Antonio Villas Boas later became a lawyer, married and had four children. He died in 1992, and stuck to the story of his alleged abduction for his entire life.