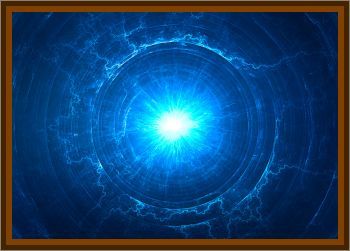 Mike Reilly saw a globe, perhaps twice the size of a U.S. bowling ball, maybe 18" in diameter, emitting a very bright blue light but no sound, nor odor, and it hovered in front of him, 10'-15' away, about 5' off of the ground, and then left the area at incredible speed, leaving a blue trail of light in his vision, over the nearby hills and out of sight in a second, not more than 1 1/2 seconds. This is the condensed version, but contains all relevant detail:

I was delivering papers that night/morning, and I had to get out of the car and walk to a porch as it was hard to see. As I was walking back to my car, the entire area became lit up with blue light. I turned around and spotted this blue sphere moving over the house, maintaining a constant distance above the roof and moving slowly, certainly not the flight path of something thrown from the other side of the house, nor something flying, no sound, nor smells. It came down and hovered right in front of me, 5' off the ground and 15'-20' from me. It felt that it sensed my couriosity, and then took off at high speed, going over the horizon past the top of the hill. Anything that could do that obviously did not have to deal with gravity or acceleration forces. The speed should have squashed anything inside. I never saw anything again, but sometimes wonder what the heck it was. It makes me positive that we are not alone.