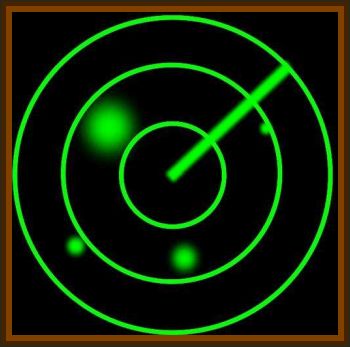 The National Weather Service couldn’t explain the anomaly because it wasn’t raining at all. Adding to the intrigue was the blip’s proximity to the Fort Campbell military base and the city of Hopkinsville, which is known for UFO activity.

An unnamed pilot claimed he was told by Evansville air traffic control that the blip was the result of a military aircraft releasing a stream of chaff, a radar jamming material sometimes used to obscure training exercises.

However, none of the nearby military bases had any knowledge of such an exercise being conducted on that day.