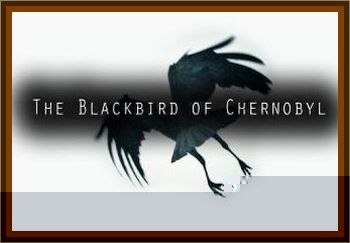 The Chernobyl reactor disaster, in which 31 died and over 500,000 people were involved, and the long term effects continue to be recorded and monitored.

Witnesses who have visited the area believe that the spirits of those who died there still roam the area.

The tragedy is fascinating on both a historical and scientific level, but also quite terrifying.

At the start of April 1986 people living and working at the power plant began to witness strange events.

Sightings of a large black bird, or bird like creature, and even a headless man with large black wings and red eyes began to be reported. It was later given the name: The Blackbird Of Chernobyl.

Witnesses had nightmares, threatening calls and some claimed first hand encounters with the creature. The strange happenings were reported and increased until the morning of 26th April, 1986, when reactor #4 exploded.

The explosion sent a nuclear fall out of frightening proportions that drifted over the Western Soviet Union, Eastern and Western Europe, Ireland, Scandinavia, the United Kingdom and even eastern North America. All of this took a scarily short period of 48 hours. It was 400 times the level of Hiroshima and the meltdown left fires and further explosions at the direct sight. After the awful events, and further deaths of those trying to stop the radiating fall outs, there were no further sightings of the Blackbird.

It has been likened to the Mothman, a West Virginian phenomena linked to the collapse of the Silver Bridge, previously this had occurred in 1968 and after no sightings of the creature were made either.

Pripyat town is now abandoned by living human residents but its regarded as haunted, people have reported that they have seen apparitions and shadows at the windows of the city hospital.

Andrei Kharsukhov, a nuclear physicist from the university of Bufffalo visited the site in 1997. He was at reactor fours sarcophagus but was unable to enter thanks to the radiation. Even though no one was inside he could hear the sounds of someone screaming for help, they were shouting about a fire inside. He rushed to inform someone only to be told that he was the first person into the control room for three years, if someone had gone inside before that an alarm would have been tripped.

Later in the evening they were eating dinner outside an old building, a flood light turned on in the room of the installation but no one was inside. It was like a power surge and just as someone went to say it, the light switched itself back off.