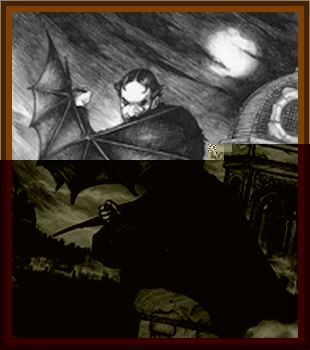 It started with the children.

Coming home in tears and shaking, the children of Provincetown told of a monster that frightened them on the way home from school. Something big. Something that growled. Something all in black. Something that appeared from nowhere and then took off in a flash.

Their parents smiled, gave them hugs and maybe a cookie to calm them down. But it did little to appease the children’s fears of this ghoulish phantom they knew was lurking somewhere in Provincetown. No matter how hard they insisted that what they saw was not a figment of their imagination, the adults would not believe them.

That is until Maria Costa was walking home by herself one night. Then, some of the townspeople began to believe that maybe the devil had come to Provincetown.

By October 1939 the summer crowds were long gone. The tourist season ended sharply on Labor Day in those days. By mid October the town was pretty much only the 4,500 year rounders and a few stragglers who had not yet returned home after a summer of painting or partying, or both. That’s why no one was around one October night as Miss Costa walked by Town Hall and from out of the bushes an inhumanly tall figure dressed all in black jumped out in front of her. He had glowing blues eyes, big silver ears, and the ability to jump like a gazelle. Costa ran into a coffee shop screaming and several men inside ran down Commercial Street looking for the apparition, but found nothing. The police apparently chuckled after taking a statement from the visibly shaken Costa. But over the next week, several more residents reported being scared to death when this tall, beastly banshee appeared out of nowhere right in front of them as they walked through town. Some called it the Provincetown Phantom, others the Devil of the Dunes. But the name that stuck was the Black Flash, both because of his long, hooded black cape and his super human ability to run away before anyone could get a good look at the fiend.

The reports grew so rapidly of townspeople being terrified by the Black Flash that the police began to investigate. Not only were sightings increasing, but also calls to the police department gave credence to the idea that perhaps this was some sort of paranormal being. A call would come in from the West End that the Black Flash ran through someone’s yard on Tremont Street, and then just a minute later, a call would be placed from a home on Howland Street begging the police to come quickly as now the demon was in the East End. Clearly no human could move that fast.

The Black Flash seemed quite at home in 1939, as it had been a very weird and anxious year for Provincetown. In January, a sea monster washed ashore near Wood End. Newspaper reports from around the country carried the story that this hideous sea beast, which was 35' long, might just be the same creature that town crier George Washington Reedy reported seeing in 1886. However, once a Harvard University zoologist took a look at the carcass, he quickly identified it as a decomposing basking shark. According to a year end police report, dog bites and stray cats reached an all time high that year. A move to repeal a local bylaw preventing the killing of seagulls set off a firestorm of controversy and met firm resistance led by resident Martha Atkins who said that slaughtering animals was the kind of violence that eventually leads to war. And then in September, an arsonist appeared on the scene setting fires around town until the police arrested 40 year old Joseph Viera, who a jury convicted of his crimes early in the new year.

Then there were the very real monsters looming just off the coast of Provincetown, Nazi submarines. With war breaking out in Europe, the waters off of Cape Cod became dangerous, so much so that British submarines and ships began using the Cape Cod Canal to avoid the perilous pass by Provincetown. But that canal was not an option for the fishermen of the town who worked those waters with the enemy maneuvering below. Like most of America, Provincetown could sense that war was on the horizon, giving the air a definitive feeling of tension. That’s usually the time that the boogeyman makes his appearance.

Radio news reports around the world picked up the story of the Black Flash haunting this tiny village stuck way out in the North Atlantic. It was the perfect sequel to the previous Halloween’s scare, Orson Welles War of the Worlds broadcast which sent folks across the country in a panic out into the streets believing an alien invasion was underway. A story about tiny, eccentric Provincetown and a demon from the dunes was ripe for embellishment by the dramatics favored in radio news reports of the 1930’s. Strangely and ironically enough, the place that had the most sober response to the whole phenomenon was Provincetown. In regards to the Black Flash, the Provincetown Advocate ran a headline on October 26 that read, Fall Brings Out The Black Flash with the sub headline, Hard Winter Certain As Cabin Fever Stories Start. While the world heard of a town gripped in fear, in reality, Provincetown viewed the whole debacle as humorous and annoying. By now theories were not about whether this was a beast from hell, but perhaps the star sprinter or high jumper on the high school track team playing a prank, or one of the leftover weirdoes from summer still in drag and looking for attention, yes even in 1939.

It was a peeping Tom, says a Provincetown native in his 90’s, who said he would talk about the Black Flash anonymously as he learned a long time ago to stay out of town gossip. Just some kids. They had the whole town worked up. Scared quite a few of the ladies. But it was just a bunch of kids. No one ever knew who it was though.

Chief of Police Anthony Tarvers was quoted in the paper that as far as he was concerned, the Black Flash is dead and buried. He meant that figuratively, of course, as he reported that the Black Flash was actually four local teenagers playing a Halloween prank on the town. One boy would get on the shoulders of another, covering themselves in a long black cape with a flour sifter over his face, thus the silver ears, which were the kitchen device’s handles. According to Tarvers, he’d spoken with the boys and their families, and this Black Flash nonsense was over. Nevertheless, the children were too afraid to go out trick or treating that Halloween, so the town threw a big costume party at Town Hall with games, plays, and a costume contest. The winner of the one-dollar grand prize was three year old Manuel Jason, Jr., who came to the party dressed as the Black Flash.

The legend of the Black Flash stayed largely a local oral tradition, until 1984 when Robert Ellis Cahill wrote a book titled New England’s Mad and Mysterious Men, which included a chapter on the Black Flash and also claimed the beast terrorized the town for years. Other ghost story anthologies have since picked up the tale, which many paranormal researchers say is greatly embellished. The story was once again passing on its way to obscurity until the Internet age arrived, giving access to a new generation of ghost story enthusiasts all over the world.

The Black Flash greatly resembles the legend of Spring Heeled Jack, a similar phantom from Victorian England who wore a black cape, had glowing blue eyes, spit fire, and could leap great heights. That’s what attracted the attention of Theo Paijmans, a researcher and writer from the Netherlands who specializes in anomalous phenomena and who has studied the stories of Spring Heeled Jack and the Black Flash for years. It appears that the similarities may have been added over the years to make a better story, as it is hard to see how a British horror fable from the 1840’s made the jump to 1930’s Provincetown. In 2007, he wrote an essay in the anomaly research journal Intermediate States where he details the findings of his research.