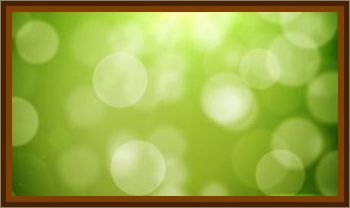 Three young boys John Doe, Jack Doe and Jim Doe, all around between 9 and 12, were walking down Regent Street, when they were suddenly confronted by 6 green glowing balls of light. The size of tennis balls, they approached the youngsters and proceeded to put on a most amazing aerial display. Not only did they maneuver around the boys in close proximity, but also zipped in between the nearby houses. The time was around 8:00 p.m.

On one occasion a light ball elongated itself until it was no more than a very thin line, then apparently penetrated a nearby tree, as if it had merged with it.

Some time later the boys were astonished to see one such light enter the back of a companion, equally promptly emerging from his stomach. The stricken youth merely said ouch. As far as can be determined he suffered no ill effects.

Time seemed came to a standstill, as total silence enveloped them, the Oz factor? The boys later commented that although they saw a plane and helicopter pass by, they heard no accompanying sound.

One of the boys also said that during this prolonged acrobatic display a light ball stopped alongside him as if to observe the youth more closely. During this period of observation, a large craft approached that the boys said was bronze in color, the size of a house, or 30' wide and about 60' high. It remained stationary for an undetermined period.

Quite suddenly one of these Kamikazi pilots failed to pull out of a steep dive and splattered into the surface of the road. Bits of light scattered everywhere. The boys dashed over but a careful search revealed not a trace of anything. As they stood together mystified, a second light ball landed about 20' away from Jack. He ran over to find an orange glowing peach sized object on the surface of the road. Kicking it with his foot the object rolled into a pool of water, producing a sizzling sound. After a few moments, Jack picked it up. Now the size of a marble, it was smooth to the touch and when placed in his pocket felt like an ice cube, it was so cold.

By this time the boys decided another witness was needed, so they dashed into his home to get mother to confirm these incredible events. Alas, she arrived only in time to see a light ball disappear behind a nearby house.

By this time, Jack thought it would be a very good idea if he called his Dad, who, when arriving at the scene of this super active encounter and whilst listening to this incredible tale, was told by his son that one of them was behind him. The father mentioned that he had noticed his son’s face was illuminated as he listened to him recount the recent experience. Then, as he turned, he saw the light fade on his son’s face. He also added that despite the mind boggling events described he had confidence in his son and believed him.

Only two other points are noteworthy in this account:

1. Quite probably most important, is that 90 minutes had lapsed! So an unanswered question here might be, did something else happen that they have no memory of?

2. The boys also commented that a strange van was parked down the street that the boys felt was watching them.

Interestingly enough, the father of Jack explained that whilst driving along Williams Road in Richmond, he had a fleeting impression that a baseball sized, gray colored object zipped across his field of vision, in between a post and a nearby tree.