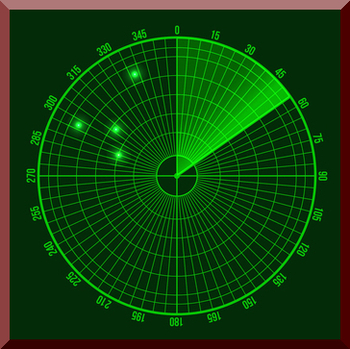 While I was stationed at the Navel Air Station Bermuda as an air traffic controler on the mid shift, I and one other controler observed a verry fast moving blip on our 150 mile radius radar screen.

This radar screen is used for overhead and center to center hand offs too and from us and other centers. This concerned us because of the potential mid air accidents,we dealt with both civilian and military aircraft.

At about an hour into my shift I observed this blip moving extreamly fast. It traveled about 25 to 35 miles per sweep of the radar. I noticed it at the 150 mile limit watched it for two sweeps.

When I told my supervisor he observed it for one sweep then told me to go outside to see if I could see anything. I saw it move from the east to the west for an instant then turn to the south instantly and continue south until it went out of sight. When I went back inside the radar room my supervisor confirmed the same thing.

At this point I was told not to say anything, that it just didn't happen.