Major Air Force Encounter With A UFO In Alaska 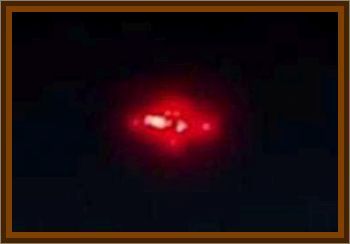 Navy patrol pilot Lt. Smith made a routine security flight. At 2:40 a.m., he obtained a radar reading of an object 20 miles north, which quickly vanished. Eight minutes later, he picked up either the same or a different object. He radioed Kodiak to learn that no known aircraft were in the area. The Kodiak radar officer then reported that he was receiving interference, the likes of which he had never experienced.

At about 3 a.m., the USS Tillamock was south of Kodiak when one of the men on deck saw a very fast moving red glow light, which appeared to be of exhaust nature. The object came from the southeast, moved clockwise in a large circle around Kodiak, and returned to the southeast. Another officer came out to look, saw it in view for 30 seconds, and described it as like a large ball of orange fire. No sound came from the source of the light.

At 4:40 a.m. Lt. Smith, still on airborne patrol and experiencing no radar problems, now picked up another blip on his radar, so fast that it left a trail on his screen. Smith called his crew, who immediately saw the object close a five mile gap in ten seconds, an apparent speed of 1,800 mph. He tried to pursue the object, but it was too maneuverable.

Witnesses described two orange lights that rotated around a common center. At some point the object made a sharp turn and headed directly toward Smith’s plane. He considered this to be a highly threatening gesture, and turned off his lights. The UFO flew by and disappeared.

At least 36 copies of the Navy’s detailed report were sent to various security agencies, including the CIA, FBI, Air Force Intelligence, and the Department of State. None of these copies were ever released or published, although a truncated FBI copy surfaced in the 1970s as the result of a Freedom of Information Act request. The document’s explanation: the objects must be regarded as phenomena...the exact nature of which could not be determined.

And yet publicly, the Air Force had stopped investigating UFOs. Air Force Captain Edward Ruppelt, who later headed Project Blue Book, the Air Force’s official UFO investigative body, claimed that UFO investigations at this time rated minimum effort. The old Project Grudge files, he said, had been chucked into an old storage case, and many reports were missing when he sifted through them a few years later. What, then, of the Kodiak case? We do not know the military’s response to this, but Ruppelt noted that early in 1950, the Director of Air Force Intelligence, one of the recipients of the Kodiak report, sent a letter to Air Technical Intelligence Center (ATIC) indicating that he had never issued any order to end Project Grudge. ATIC replied weakly that it had not actually disbanded Grudge, but merely transferred its project functions and no longer considered it a special project. It is possible that the Kodiak incident sparked this exchange.