More than 25 People Saw A Round, Dark Gray Object 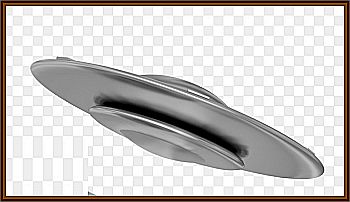 One witness claimed the object appeared to drop sparks and debris as it moved through the air. Ultimately, the object landed at Berge Farm, which is in the Madison area. Already at the farm was a sheriff's deputy and three kids from the neighborhood.

A witness recalling the event said someone saw something on the ground on the Berge Farm. The farmer recovered a piece of metal from the UFO crash and gave it to an investigative journalist called, mysteriously, Mr. S. in the story.

The investigative journalist, Mr. S., was staying at the local Holiday Inn while he was putting his piece together. A bit later, the farmer telephoned the journalist to inform him that someone claiming to be a fertilizer salesman came snooping around and was especially inquisitive about that piece of metal he had passed along.

The farmer was becoming increasingly very nervous and wanted to see Mr. S. in person again. Mr. S, now feeling a bit more nervous himself, hid the piece of metal in the back of the TV set in his motel room instead of carrying it with him, as he had been doing previously.

As a precaution, Mr. S. asked the hotel staff to keep an eye on his room while he while he was away meeting with the farmer. Not completely surprisingly, a maid would later report seeing two men rifling through the belongings in his room. At his meeting with Mr. S, the farmer told him he wanted the metal chunk returned to him.

After his conversation with the so called fertilizer salesman, he now thought this metal object might be a national security risk. Mr. S. returned to the Holiday Inn feeling a little disappointed he had to return the object.

Upon his arrival, he found the two men waiting for him in his room. They told him he had something in his possession that they wanted him to hand over. Naturally, they were referring to the chunk of metal the farmer had given him and that it was their job to pick it up.

Mr. S. wisely asked to see some ID. They responded by asking him which agency ID he would like to see and that they would gladly produce it. Eventually, after more conversation, Mr. S. was persuaded to give the piece of metal to the two men.

Afterward, the investigative journalist called a friend, Mr. Steiger, who helped him track the license plate of the two men who had come to the Holiday Inn in to pay him a visit. Turns out the car was owned by a gentleman with links to the CIA.