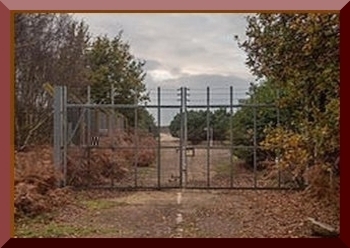 This event began late at night on August 13th, 1956 and extended into the early hours of August 14th, 1956. Two radar operators, at different military bases in the east of England one of which was RAF Bentwaters the scene of the historic and well documented The Rendlesham Forest UFO Incident repeatedly tracked single and multiple objects. According to USAF reports the sighting could not be explained by erratic weather nor could it be explained by radar malfunction the objects were very real and to present day have never been explained.

The incident occurred as follows:

The events began at 9:30 p.m. (GMT) when Airman 2nd Class John Vaccane of the US Air Force at RAF Bentwaters tracked a single unknown object on ground controlled approach radar. The object appeared 25 to 30 miles east south-east and moved at a constant 295° heading across the scope. The object travelled 40 to 50 miles in only 30 seconds and was calculated travelling at speeds of between 4,800 and 6,000 MPH. The target was lost 15 to 20 miles north west of RAF Bentwaters.

Only a matter of minutes later at around 9:25 p.m. a group of around 12 to 15 objects were picked up on radar 8 miles south west of Bentwaters. The group of objects appeared to move as a group toward the north east at varying speeds. Reportedly the fleet covered a 6 to 7 miles area on the scope. The blips faded considerably at a point 14 miles north east of Bentwaters and were then tracked approximately 40 miles north east of Bentwaters when they apparently merged together into one single strong blip which was several times larger than a B-36 aircraft which was the largest operational bomber in history. The single blip appeared stationary at the point 40 miles from Bentwaters for 10 to 15 minutes then moved 5 to 6 miles north east and stopped again for 3 to 5 minutes. The single object then finally moved out of radar range...50 miles at 9:55 p.m. the average speed of the objects was calculated to be between 290 and 700 mph.

At 10:00 p.m. yet another object was picked up about 30 miles east of Bentwaters and tracked to a point about 25 miles west of the station the object was tracked for a total of 16 seconds. The radar operator estimated the speed of this object to be in excess of 4000 MPH, but the time and distance figures indicated a speed of roughly 12,000 mph.

As claimed by Project Blue Book report on this incident another object was picked up on radar at 10:55 p.m. The object was picked up 30 miles east of Bentwaters moving towards the west at an estimated speed of 2,000 to 4,000 mph, the object disappeared from radar 30 miles west of the station. At this point someone at Bentwaters GCA station called Lakenheath RATCC station asking the night watch supervisor if he had any 4,000 MPH targets on his scopes and described the track of the 4th object. The caller also stated that the control tower at Bentwaters had reported seeing a bright light passing over a field from east to west at a terrific speed at around 4,000' in altitude. The caller also mentioned that at the same time a pilot of a C-47 aircraft reported a bright light go directly under his aircraft and again the light was reported at going east to west. The night watch supervisor at Lakenheath was skeptical of the reports but had all controllers start scanning radar scopes using full MTI moving target indicator.

Just after the search was launched one of the controllers noticed a stationary blip on scopes at an indicated position 20 to 25 miles south west of Lakenheath. The night watch supervisor called the GCA unit at Lakenheath to see if they were also picking up the stationary object and they confirmed the target. As Lakenheath RATCC personnel watched the target it began to move in a north north east direction at approximately 400 to 600 MPH. Personnel explained there was no build up in speed it was just constant from start to finish. The night watch supervisor at Lakenheath contacted the local AFB command personnel and kept him informed of the events from this point on.

After 30 to 45 minutes the RAF scrambled a De Havilland Venom Night Fighter aircraft to investigate the unknown. F.H.C Wimbledon who was Chief Controller on duty at the main RAF Radar Station in East Anglia on the night stated the following about the scrambling of the aircraft:

I was Chief Controller on duty at the main RAF Radar Station in East Anglia on the night in question. My duties were to monitor the radar picture and to scramble the Battle Flight, who were on duty 24 hours a day, to intercept any intruder of British airspace not positively identified in my sector of responsibility. I remember Lakenheath USAF base telephoning to say there was some thing buzzing their airfield circuit. I scrambled a Venom night fighter from the Battle Flight through Sector and my controller in the Interception Cabin took over control of it. The Interception Control team would consist of one Fighter Controller, a Corporal, a tracker and a height reader. That is, four highly trained personnel in addition to myself could now clearly see the object on our radarscopes. The Venom fighter was vectored by RATCC radar to the site of the object which according to the night watch supervisor was stationary at the time at an altitude of 15,000' to 20,000' and was about 16 miles south west of Lakenheath, soon after Lakenheath informed the pilot that the target was dead ahead of him. The pilot acknowledged the transmission and said he had his radar fire control system locked on target. After a brief pause the pilot radioed back and said he had lost the target and asked Lakenheath if they still had the object on radar. Lakenheath RATCC informed the pilot that the target had made a swift circle movement and was now behind the aircraft, the pilot confirmed and said he would try and shake it. The pilot then tried a number of evasive maneuvers but was unable to loose the object, during this time the object was still being picked up on radar and a 500' distance was registered between the object and the aircraft.

According to the Project Blue Book report the pilot said he was not able to shake the object and requested assistance. After around 10 minutes the first Venom pilot said he was returning to base as he was very low on fuel, consistent with the Lakenheath night watch supervisor the object followed the aircraft a short distance as the pilot headed south south-west towards London and then resumed a no movement state.

I then scrambled a second Venom which was vectored toward the area but before it arrived on the scene the target had disappeared from our scopes and although we continued to keep a careful watch was not seen by us. The fact remains that at least nine RAF ground personnel and two RAF aircrew were conscious of an object sufficiently solid to give returns on radar. Naturally, all this was reported and a Senior Officer from the Air Ministry came down and interrogated us.

Following the aerial chase the object did not leave the area straight away the night watch supervisor at Lakenheath stated the following:

The target made a couple more short moves, then left our radar coverage in a northerly direction, speed still about 600 mph. We lost target outbound to the north at about 50 to 60 miles, which is normal if aircraft or target is at an altitude below 5000' because of the radiation lobe of that type radar.

Project Blue Book reported that the object was lost at around 3:30 p.m. J. Allen Hynek who was a well known and respected consultant to the Air Force regarding unknown aerial phenomenon made the following remarks about the events:

It seems highly unlikely, for instance, that the Perseid meteors could have been the cause of the sightings, especially in view of the statement of observers that shooting stars were exceptionally numerous that evening, thus plying that they were able to distinguish the two phenomena. Further, if any credence can be given to the maneuvers of the objects as sighted visually and by radar, the meteor hypothesis must be ruled out.

The Condon report filed its analysis of the case stated the following:

In summary, this is the most puzzling and unusual case in the radar visual files. The apparently rational, intelligent behavior of the UFO suggests a mechanical device of unknown origin as the most probable explanation of this sighting. However, in view of the inevitable fallibility of witnesses, more conventional explanations of this report cannot be entirely ruled out.