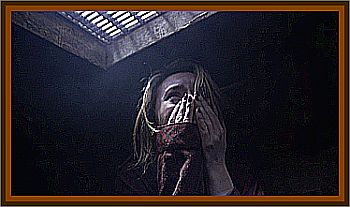 While a student at a near by college, a female from Hong Kong & myself went riding we were both unaware of.

A strange sensation was reported by her, then I felt it too. This started the abduction scenario.

I remember very much of it and have thought of it almost everyday since then.

It started with two of them, then at the ship another was there whose form I saw outlined by a goldish light and he communicated with me by beaming a very bright ultraviolet light.

I do not know how we floated aboard the craft, but I remember coming off it with my female friend, and it was like walking on something solid that was also transparent.

We all spoke of many things some which I remember and other things I cannot fully recollect. They took us some place and showed me some things. One thing they said that really has stayed in my mind.

I asked where are you from?

How can we tell you where we are from if you do not know where you are at?

They told me that one of their craft could take on the entire world, and at that time, I did not know it to be true, but they said that Russia had more military might then the U.S. I told them that I was going to tell my people about the incident, and after they made me & my female friend understand, believe, and know to be true.

What the ones who I called my people would do to us, after we left them and went to the police station to get help for my car which would not start up, we only laughed when they asked us where we were.

Later, many years afterwards, I understood that the person who called the police witnessed the abduction. When we repilied to the question, where have you been?

And we said, in the car.

Lieutenant, I search the car, they could not have been in the car.

We called someone from our college, a friend of mines who I transferred to that particular college with, and he came to pick us up. He arrived at the station somewhere near 3:30 a.m. This person is currently a prosecutor in Newark, NJ, Essex Co.

During 1979 or 1980 I underwent hypnosis and began remembering bits and parts of the abduction.

On this day I remember so much of it and seem to be even getting more pieces to the puzzle.

Here is something that I remember and looked forward to see. I asked would we all be dead by the year 2000, to that question the answer was:

I have written a lot above this section. Here is another part that I remember.

The older individual, about 2500 years old our time, asked me to look into his eyes, and I called him a big eyed Bastard in my mind. As soon as I thought that something hit me in the head very hard. I asked him how did you do that, because it seems like he never got up from his seat.

After that I was his friend.

Now here comes another part, I told him that he was not real because I can see the spirit in a person and I saw nothing in him. At that point I saw or felt or sensed the being of a very good person who was very old. Then I asked them, or at least some point in the contact, I asked what the universe is like. And a younger one said, it is like your sea.

That next day or the night of the next day, I have come to Jersey City to have my car repaired because it had a warranty, 30 days, and this was something like the 28th day of having been purchased. A VW and a regulator went or something like that.

I also remember we were in this room and it seems like there were 2 or 3 guards watching me, and this other individual like the boss or something came in and said to them why are you anwering his questions, and the rest went something like:

You are not going to remember any of this when you go back.

That's exactly what was said.

Oh yes I will.

I know this seems hard to believe and I've confided in some people close to me like my family members, some cousins and close friends but this is what happened). I could tell more but it gets even more incredible so I'm leaving you with what I have given.