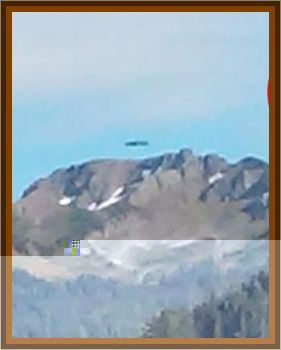 I was backing from university at night, walking in the middle of the street, when, suddenly, appears in front of me, about a mile away, over the hills at the end of the street a very large flying object, moving not in a high speed.

In front of it appears also a lot of small lights, more than 15, surrounding it in a perfect circle in front, and spreading lights as they move. The clarity of the lights revealed the shape of the object, a huge cylinder, with a fixed reactor, it seems to be, and jet of fire spilled from it.

The scene delays something between 8 to 10 seconds, was very bright and clearly all over the hills. It takes the south direction passing by Nova Lima, Barbacena Cities.

Two days after I read the notice on a local news paper, sayng that at least two observers related it in Belo Horizonte City and also did some observers from the the two cities reported.