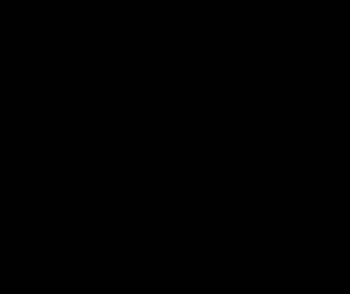 The cigar shaped UFO, brighter than clouds, color blue/red, the color of a clowd at sunset, like an aircraft, but without wings and tail, angular size about 3 x ½', the front part profile was rounded & asymmetric, the rear part seemed blured, was observed by 2 witnesses.

The object was moving North East, elevation about 40', climb ~5'.

The object was brighter than sky at that time and slightly fluoresced, the object color was blue with red, as the color of a clouds at sunset.

The distance to the object was estimated as very high. There was not any noise all the time. After 3 or 4 seconds the object suddenly vanished, one of the witnesses stated that the object disintegrated into dots and vanished.

The witness states the object was not an aircraft because of the strange color, slight fluorescence, enormous angular size and speed, strange disappearance, and there was not any noise. There was no impression of a real solid object, it was more like an image, maybe semi transparent.

The possible explanation suggested by the witness, mirage, during that night, December 23 to December 24, the air temperature decreased from -1°C to -10°C. The sun was set. There is no working airport in Vitebsk, but O. Kirillow noticed a plane, which had flown over the city at high altitude some minutes before the UFO appeared.

The witness was sober, and he does not use drugs.