No Fading Of Lights 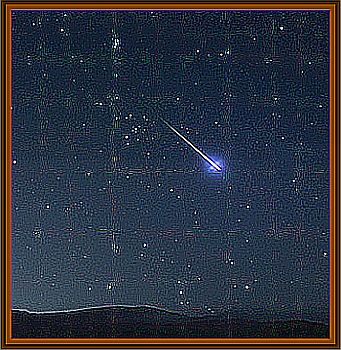 It appeared as a star moving across the stratosphere very fast and then, without slowing down disappearing at the same speed as electricity leaves a lightbulb when you turn it off.

This was followed by 2 more which came from completely different directions and appeared to perform the same disappearing trick at the same place in the heavens. No sound.

Any plane would have been heard over Bath which is an ancient Roman town in the West of England. This continued at about the same time each evening for next 2 days. 1 on each night.

They crossed the sky in approx 30 seconds. Vision was immaculate, no clouds and way out in the country very late at night. They never faded or had trails. They simply disappeared at full flight. At that speed a plane would have been very loud. Satellite...no, 13 to 16 minutes would be needed to cross the stratosphere and then there's the rendezvous point that they seemed to be going to where they disappeared.

Never seen anything like it since, and believe me, I've looked.