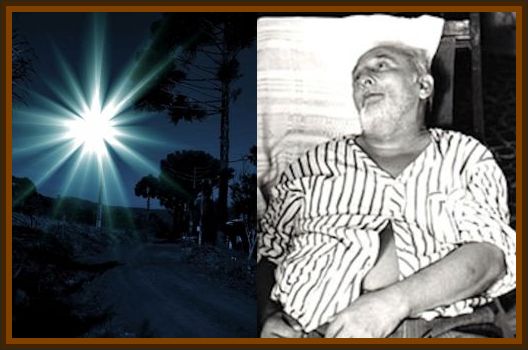 The most spectacular UFO accounts seems to revolve around those in which some sort of physical evidence has been left behind, and the more sinister of these is when this evidence takes the form of physical injury upon a person that seems indicative of some sort of aggressive action.

Are UFOs benevolent or not? It is not a question that has really been adequately answered, but in at least some accounts it seems to decidedly be the latter. There are in fact quite a few cases of UFOs allegedly attacking human beings, and one of the most harrowing of these is one that supposedly occurred in Brazil in the 1970s. It is a spooky glimpse into the possible darker agenda of this phenomenon, and remains one of the few cases of a human being said to have died directly due to a UFO encounter.

Luis Barroso Fernandez was a simple farmer living on a rural property near the town of Quixada, in the state of Ceará, in Brazil. He led a humble, simple life, but things would get very bizarre on April 3, 1976, when Fernandez was out doing a routine check of his cattle. It was just after 2:00 a.m., his usual time for doing this weekly chore, but this time would be far from usual. As he made his way along the property in a horse drawn wagon, he allegedly saw a metal craft that looked sort of like a disk descend to hover over the ground not far away, emanating a sound like a swarm of bees. The baffled farmer had never seen anything like this, and was both terrified and filled with curiosity at the same time, and his horse was getting very upset about it all.

He would later tell his son that as he stared at the strange sight, the craft had fired a blindingly bright beam of light at him, and 2 beings holding what looked like flashlights came out to aim their devices at him, after which they reentered the craft and it simply sped off into the sky.

We received a light and were totally stopped, unable to move, the animal and I, of course. It opened up a kind of door and appeared 2 short stature beings. They were normal people, albeit with weird clothes and a kind of flashlight in hand. Pointed one beam of light at us and I lost consciousness.

However, for the farmer it would turn out to be far from the end of this incident. Fernandez would describe how he had lost consciousness, only to wake with a splitting headache and had difficulty breathing and moving his limbs. Even more alarming was that one side of his body seemed to be deeply burned, as if a severe sunburn, even though it had been in the hours of darkness. He managed to make his way home, but was in such pain that his family arranged for him to be examined by a doctor in town. The doctor did not really buy the farmer’s story of the UFO, but was also unable to explain the anomalous injuries to his body, and ended up just sending him home with some medication to rest in bed. It was still not over, though, and things would only get weirder from there.

Over the next few weeks, Fernandez was described by his family as slowly losing his mental facilities. He began to mentally devolve in a sense, becoming more and more childlike as the days and weeks went on, seeming to revert to a child state.

Making it even more anomalous was that his skin also seemed to be getting younger, healing from the burns and taking on a youthful glow far younger than his years, leading his son, Francisco Leonardo Barroso, to comment that:

It was as though it had grown over again.

During this time, he was examined by many medical and psychiatric specialists who could not figure out what was wrong with him. In the meantime, despite his more youthful appearance, his health rapidly deteriorated, as did his mental state. Whatever was ailing him eventually killed him, with Fernandez passing away from his condition in 1993.

According to those around him, by the time he died he had so completely lost his mind that he was purportedly only able to say Mom, give and fear.

UFO researcher Philip Mantle, has said of the bizarre incident:

Many people claim to have come into direct contact with a UFO and some even claim that it has hurt them as a result. A bruise here, a small cut there, but Luis Barroso Fernandes may be the first person ever killed after his encounter with a UFO. Contact with a UFO is not common at all but when the UFO in question shoots a beam of light at you, a light that hits you full in the face is extremely rare.

This is what happened to Luis Barroso Fernandes.

The illnesses that followed him immediately after this encounter is bizarre to say the least and went undiagnosed by a number of different doctors.

Did the beam of light that hit him cause these illnesses and eventually his death? We will probably never know but this is one of the most bizarre and rarest such close encounters on record, of that there is no doubt.

Interestingly, this was not the end of the strange phenomena that would revolve around the family and indeed the whole town. There would be many other reports of UFO sightings in the area, and Fernandez’ own son would have his own odd experiences in the coming days, seeing UFOs on multiple occasions.

More frightening still was that there is at least one other report of a UFO in the area of Quixada seemingly attacking human beings. Here we have the account of Francisca Rosete da Silva, 23, and her brother Antonio Leudo da Silva, 12, who were walking along a wooded area in the vicinity when they saw a blazing light through the trees. According to the witnesses, the light then shot a beam at Francisca, which burned her skin and left her disoriented and dizzy.

Doctors would find her eyes to be swollen and bruises and burns on her body, although no cause could be determined. The brother, Antonio, was not injured in the incident, and would say of what they saw:

What I saw, I did not want to see ever again. It was not a plane, helicopter or another known thing. It was strange and threatening.

What happened in this remote town, and what is it that plagued Luis Barroso Fernandez?

Was this a malicious attack by a UFO, and if so why would these entities do so? Was it a defensive measure, or perhaps even accidental? It is unclear just what happened here, but Fernandez’s case has never been adequately explained and he is often touted as being one of the only human being to ever be killed by a UFO.

Whether it was real or not, it does leave us to ask ourselves whether UFOs are friendly or not, and poses the question of whether there are perhaps times when they have more sinister goals than we may realize.