It Didn't Just Fall From The Sky. It Was Put There 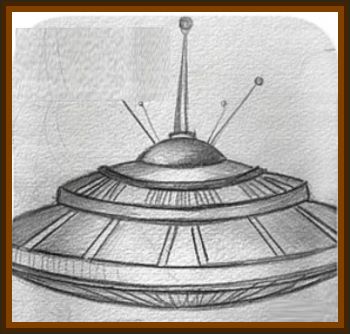 The object that I saw, up close and personal, chose me.

It didn't just fall from the sky. It was put there.

After supper I decided to sit on the porch for a while. I was fussing with my hands or something and when I looked up, directly in front of me was an object. It was shaped like a child's spin top toy only flattend about halfway. It appeared to be on solid ground and was appoximately 75' away from me.

There were lights in the center. Blue/Green/red and white lights. They appeared to be shining through these windows. I kept looking at these windows as if expecting to see someone staring back at me.

There was no sound. When I turned toward the front door and yelled for my sister to get the camera, it was gone. I did not see this object appear nor disappear.