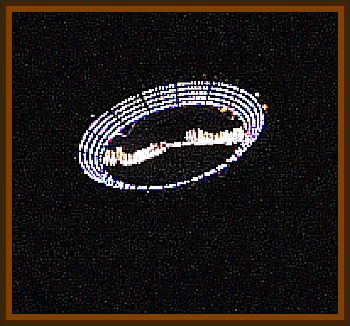 Ms. N.M. saw an unidentified flying object in the skies over Barcelona while in the company of two of her children.

N.M., a criminologist and businesswoman, was driving along the Casteldefels to Barcelona highway at around midnight when both she and her children witnessed, to the left of the road, that is, toward the interior, since the beach is on the left, an unidentified flying object of considerable size, described as a rhomboid with one of its vertexes broken off or truncated, or rather folded in, having an shiny orange color.

The sighting occurred precisely on the stretch of road between Gava and Viladecans and the witness contacted others in case other witnesses had reported seeing the same phenomenon.