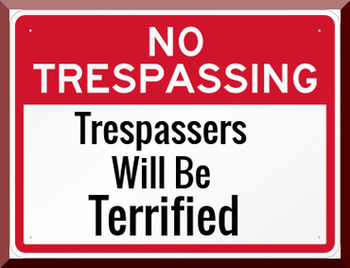 Peter was granted permission to stay overnight with his buddy Steven. Both 12 year old boys live in Delta, BC.

Once the boys were certain that Steven's parents were asleep, they silently departed from the house. They first headed for a nearby recreation center and watched the crowd engaged in various activities.

Bored after a while, they decided to visit a fort that they had constructed in a nearby storage yard. Around 2:00 a.m. they thought it prudent to head for home. To accomplish this quickly required a short cut through a large equipment yard. So lifting the wire up on a chain link fence, they slid underneath. The main building had spotlights attached, which illuminated a good ⅔ of the company property.

Crossing a good half of the area they noticed a very large white shiny box. As they passed it, they heard something go thump thump, as if maybe an object fell over inside the container.

Moments after that came a noise similar to what you hear when you open a can of soda, they said.

Unable to determine where or what all this was about, they moved on, just in time to see a series of lights, red/blue/green in color, reflected off a piece of equipment across the yard. As if the lights were moving slightly above them.

Still unable to determine where the lights originated, they crossed the yard. At this point they entered a portion of the property that was lacking lights. As they arrived at this location they heard a lengthy high pitched modulating screech that made the hair stand up on the boys heads. Whirling around they saw 3 small, naked pink babies, walking rapidly between some items of equipment, quickly becoming lost from view.

Peter added that when he and Steven saw the babies, they noticed that they had no signs of a buttock cleavage, nor visible evidence of knee joints, fingers were not visible either, so maybe the little fellas had on a one piece body suit?

They also recalled was how warm it seemed at that time. The predicted forecast temperature was 30°F that night, hardly the sort of weather to leave your sweater or jacket at home.

Then, a maroon van roared around the corner and came to a skidding halt. The vehicles headlights illuminated the boys, the bald headed driver remained immobile in his van.

The boys at this point had as much as they could take. They broke the world record for the half mile home, moving up and over a 6' chain link fence that had 3 strands of barbed wire on top.

They arrived home much worse for wear, the time was 3:17 a.m.

Running home had been incredibly difficult, as their legs felt like lead. The very next discovery was that they had an unimaginable thirst, that they seemed unable to quench.

The boys were so distraught, that they could barely contain themselves.

Steven dare not tell his parents about the nights events, but told his uncle, who replied:

Peter, decided that telling his mother at supper that night, 15 hours later, was preferable to trying to bottle all this mess up. The family thought the baby part funny.

During the recounting of the nights events Peter drank 2 whole quarts of liquid, much to his mother's astonishment. He also complained his eyes hurt.

The next day he was extremely lethargic. He also developed a craving for salt that lasted several days.

The security guards account was less dramatic. This gentleman who appeared to be a relatively recent immigrant, is of mature years, possessing a basic education, with a language capability that meets his job requirements, but does not permit him to engage in intricate conversation. His son translated.

That his duties require that he checks the yard area at regular intervals and take note of specific details. This gentleman uses a van as part of his yard tour, matching the color and description provided by the boys. He is also bald.

Mr. Quail said that he drove around the yard and into the darkened and more congested portion of the yard at 2:30 a.m. Leaving the van he took his flashlight and proceeded on foot to complete his rounds.

Within a short time something whizzed past his head and landed nearby with a thud. He thought it was a stone. Unable to see the assailant/s he retreated to the vehicle and returned to his office. Shortly after he heard a car nearby leaving at high speed. He assumed it was the potential intruders. At no time did he hear or see anything else.

Incredibly all this took place in a very active well travelled location, seemingly with no additional witnesses.

Peter has an older brother, Charles, who his mother reports when 4 years old, came into the house talking about something in the sky he hadn't seen before. When she went out it had gone.

Both boys over the years have experienced strange disturbing and repetitious dreams. Told of clowns at the window wearing masks. Seen very bright lights over Burns Bog beaming down onto the ground. Observed large lights for extended periods over their house, silent and immobile.

Each brother possesses a strange lump in the same place. One boy has a small lump behind his ear.