UFO Spotted That Had Some Bugs In It 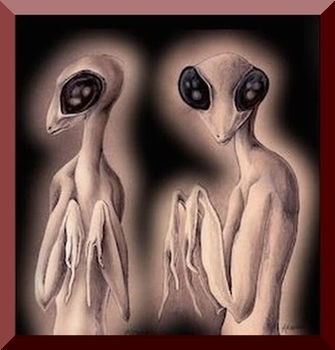 I saw a saucer in the morning when I was just a young boy, I was with my father and our next door neighbor.

The man said to my father:

Hey, what kind of airplaine is that?

My father ran into the house real quick to grab his binoculars, while staring upwards at the craft we all were looking at it as it slowly skimmed at tree top level about 1/8 a mile away.

I don't know what the heck it is, I think it's probly some kind of experimental aircraft of some kind.

He let me look also because it was almost hovering just slightly moving along the tree tops of this forest that started just down the end of the block. I remeber that very clearly, even to this day.

But the really strange thing, almost unblievable events that transpired days and weeks later was of one distinct event, while playing on the back step, as I would, as a six year old, while playing with a stick, I caught a praying mantis insect, I pinned down, to look at it. I noticed that it didn't look like any other of it's type I had observed before in my young life, and I was quite a bug expert as many a young tyke is. The color was much lighter green than most, with almost metalic sheen type glare it presented to me. It looked at me directly and between it's bug bulging eyes I noticed, and I will never forget this, a glass like bulb protuded from it's forehead,and inside of the bulb, I saw a oscillating black line moving up and down within it, much like a electronic device of some type.

The insect pushed my stick away, off it's back and flew away in a split second. After that incident, at night while falling asleep, on to the ceiling I saw projections in to the blackness of the ceiling visions of geometric shapes in fantastic colors and shapes and sizes simular to crop circles.

From that date forward in my life I beleive I was some how brain wave monitored by some beings some how associated with that UFO that I saw with my Dad, and the bug wasn't a bug at all, but a robotic minature scout sent to get a closer look at us. I just happened to be very alert even at that young age and I have a very powerful memory of detail. But I didn't put 2 & 2 together until much later in my life, and kept it to myself in fear of embaserment.