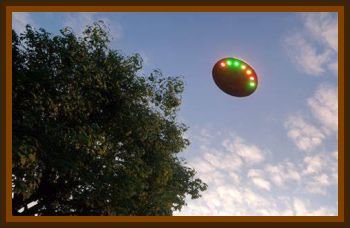 First noticed 1 light to the west of our farm house,it was motionless and it was changing several differnt colors.

It was dark and the land is very flat our veiw was in no way obstructed, but we could make out no shape or source for the light.

From our southeast a bright white light crossed a great expanse of the sky in an arcing path at an unbeleivable rate of speed and came to a stop next to the light we had first observed.

They remained this way motionless, altrenating colors for several minutes.

Then just as quickly as it appeared the second light left in the same path it had taken to join the first light. The first light then left in a path that took it due West and arcing up at a high rate of travel.

Even though this happened some 45 years ago, and I was only 5 years old, I rember it like it was yesterday.

I don`t remember it because of the sighting, I will always rember it because of what happened to a 5 year old boy later that very night and again the following winter of the same year. After 45 years of trying to explain what happened to me later that night and again about 2 months later, to myself, I beleive I may have had 2 encounters with the source of those lights. There are only 2 logical explinations for what I experienced. Either the sighting caused nightmares, or I was abducted by them twice for approximately 2 hours each time. I sincerely think I was abducted because of several things that point to me not being asleep, before, during,or after the encounters.