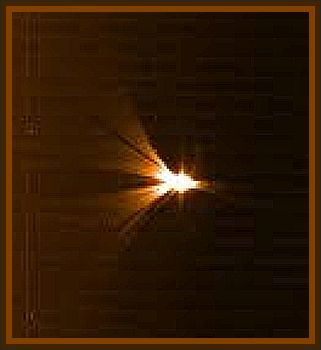 It looks like a star but it was bigger and it was moving.

Because it was different I was curious It was moving slowly, when you compares it with an aeroplane, and at the end it was staying at the same place.