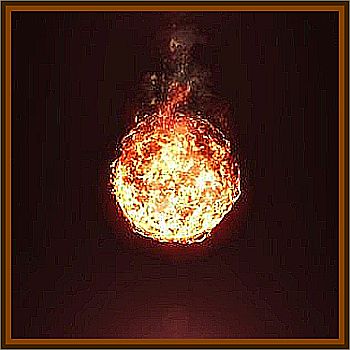 As I was driving towards the outskirts of the city in a souteastern direction and saw a large sphere/fireball like object rising above the rooftops in the distance.

I was almost panic struck, so pulled into the next side street, stopped the car as fast as I could, while keeping my eyes on the object, it slowly ascended straight up .

As far as size, all I can say is it was the size of the moon, only brighter. And distance, I assume it was more then a mile away, maybe several miles. So to my judgement it must have been the size of a house, possibly larger.

I remember leaning to with my back to the car, eyes riveted to that thing for almost one hour, until it shrunk the size of the stars. At that altitude it appeared shifting in all directions, but I assume that was due to the atmosphere, or my eyes being tired concentrating on it.

That was what I saw, and to this day I havent found an explenation.

I also would like to mention that i dont believe in UFOs, at least in the 90% of the materiel thats being reported. But what I saw that evening was big and it was real, at lest to me it was. And it is not a hoax.

Oh, almost forgot, the next day I took my friend Rudy and his gf to the site and we wondered for hours thru bushes, tall grasses and along the Mures riverbank, but didn't see anything unusual.